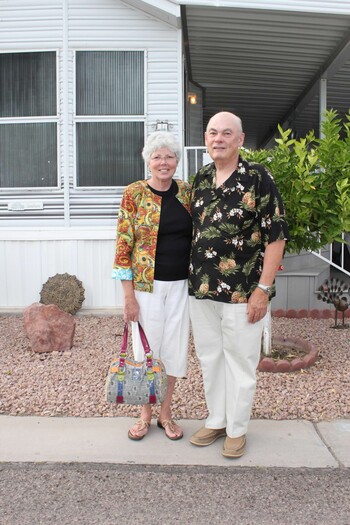 Known to many as “Bill”, William J. Thorne passed away peacefully on April 22, 2021 in Kelowna, B.C. at the age of 76. Bill had recently been diagnosed with late-stage pancreatic cancer, and his health declined rapidly. He spent his last week at Hospice, surrounded by family while receiving top notch care and support.

Bill was born in Toronto and he lived most of his life in the Greater Toronto Area. He graduated with Honours from Alderwood Collegiate Institute in 1962. He went on to study Metallurgy and Materials Science at the University of Toronto, earning his Bachelor of Science degree in 1969. A short time later, Bill enrolled in law school at the University of Toronto, graduating with his LL.B. in 1975. After law school, Bill opened his own law practice, serving clients in the areas of wills, real estate and corporate law. He was also active in a variety of social and charitable organizations, including the Kiwanis Club, Freemasons, and Shriners.

In 1996, Bill and his family moved west to the Okanagan Valley. He continued his legal practice in the area of criminal law, working as Crown Counsel in Kelowna, Penticton, Prince Rupert, Prince George, and Cranbrook. After retiring from government practice, Bill continued his service to the community by representing clients through Legal Aid.

Bill was the eldest son to Dorothy and Joseph Thorne, both of whom preceded him in death. He is survived by his brother Robert Karl Thorne (Yvonne), and his sister Sharon Majik. He was preceded in death by his brother Ernest Joseph Thorne. Bill often stated that he was lucky to have been in love twice: he was married to Peggy Jean Thorne (nee Pugh) from 1975 until 1990, and then to Angela Christina Thorne (nee Pennycott) from 1992 until her death in 2015. Bill is survived by his three loving children, Katherine Savoy (Michael), Andrew Thorne (Jennifer) and Jeffery Thorne (Erin), as well as six grandchildren and four nephews.

Bill will be remembered as a dedicated father who always put his family first. He had a life-long love of music, particularly drum and bugle corps, which started when he joined the Toronto Optimists as a young man. Although no longer marching, Bill remained involved with music and played trombone with the Cranbrook Community Concert Band. He loved to ski, golf, and travel. He particularly enjoyed spending time in Barbados with the family and backpacking across India with Angie.

An online celebration of Bill’s life will be held on Saturday, May 8, 2021 at noon PST (3 pm EST). If you wish to attend, please email [email protected] for the link, or call 202-320-7509. In lieu of flowers, please consider a donation to the Central Okanagan Hospice Association.

Few words better sum up William Thorne’s life better than those of Frank Sinatra: “I've lived a life that's full, I traveled each and every highway. And more, much more than this, I did it my way.”