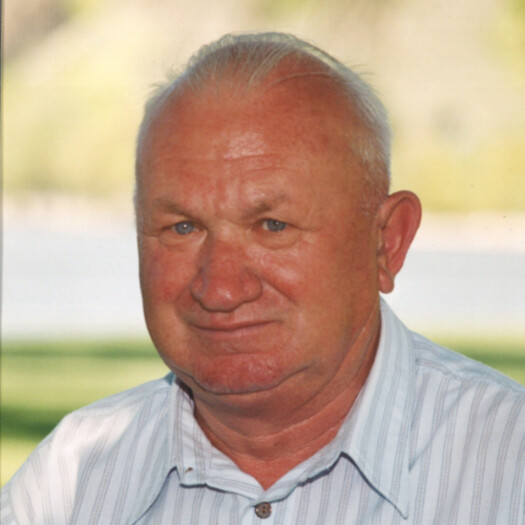 Theodor “Ted” Neitsch passed away on the morning of October 12, 2021, at the Cottonwoods Long-Term Care Facility. He was predeceased by his brother Eric Neitsch and is survived by his sister Elfriede Steffl.

He will be greatly missed by Elfriede, his loving wife of 53 years; his son Dan (Kimberley); and daughter Margret (Roland); as well as his dear grandchildren Julia, David, Benjamin and Hannah.

Ted was born in Poland and immigrated to Germany in 1949. In 1950, he came by ship to Canada with his family at the age of 17. He lived in various communities in the British Columbia Okanagan for a few years, and eventually settled in Winfield (Lake Country) for over 50 years. Ted worked in various sawmills (Monte Lake and Kelowna) for over 35 years. He was very proud of his orchard and his chickens, and spent countless hours outside. Ted was a devout Christian and attended the Lutheran Church since coming to Canada.

Ted always wanted to help friends, but also would help people he didn’t even know. He donated blood at least 75 times; and only stopped when he no longer could do so. He loved dogs and they loved him too. He would often spend hours in the orchard with his dog by his side.

Ted was a quiet, hardworking, generous, and selfless man. He loved his family: his wife, his children, and his grandchildren. He enjoyed spending time picking cherries, visiting the Kangaroo farm, and mini golfing with them.

We were blessed to have him as a father and “Opa”.

Condolences may be sent to the family by visiting www.springfieldfuneralhome.com (click direct link below).