Do we have the capacity to feed world's growing population? 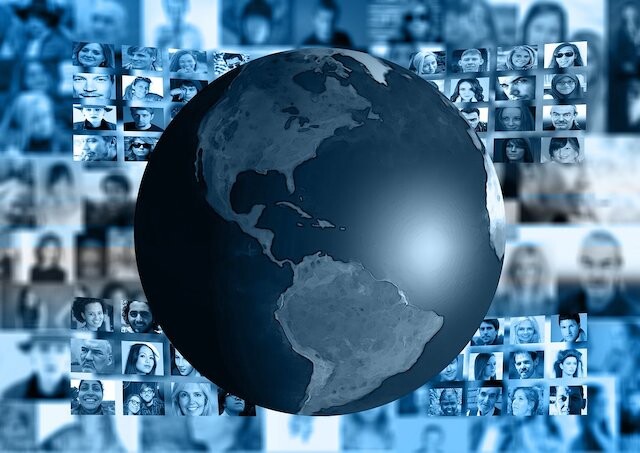 On Nov. 15, the world’s population reached a symbolic number—eight billion people. The planet took 11 short years to add one billion more humans to its population. By 2058, it’s estimated the planetary population will reach 10 billion.

That’s a lot of people.

Whenever humanity is reminded that our population is increasing, we always wonder if we have the capacity to feed ourselves adequately, and for how long.

More than half of the world’s population lives in Asia. A single visit to this part of the world will help you realize the space in Canada is an overlooked asset. Our abundance of space defines our quality of life, our policies and the way we eat. Most don’t realize this, but it’s true.

But are we producing enough to feed eight, nine or even 10 billion people on earth? The answer is yes.

The food sectors are adapting and developing new technologies at an astonishing pace. Many underestimate the ability of agri-food stakeholders, from farm to consumer, to adjust. While our planet produces enough food to feed the more than eight billion people who inhabit it, systemic inequalities and economic disparities have led to unbalanced distribution and irregular access to agri-food commodities.

Corruption, pandemics, poverty, lack of infrastructure, and, of course, geopolitical conflicts, as we have seen this year with Ukraine and Russia, often undermine our global food security.

We produce enough to feed the planet, but climate change remains the greatest threat to our agrarian systems. For centuries, humans have adapted to risk. We are compelled to find solutions to problems that suddenly emerge: floods, drought, fires, hurricanes, and the list goes on. But with climate change, the risks never go away. Risks will essentially move and threaten other parts of the food supply chain.

Band-aid solutions are just no longer feasible. Greater resilience in the industry requires extreme adaptability, which is what our recent federal task force on supply chains was advocating.

Canada is making a difference. In fact, the Barton Report, presented five years ago, offered us a road map in this regard. The report talked about unlocking the potential of key sectors and identified agribusiness as one of them. And fortunately, Canada has delivered the goods, yet we rarely talk about it.

The report mentioned expanding populations around the world, growing demand for protein in Asia, and a need for reliable markets, such as Canada. As the fifth largest agricultural exporter in the world, Canada can become a trusted global leader in healthy, nutritious, and sustainable food in the 21st century. The report indicates Canada has the potential to become the second-largest exporter in the world. Second, no less.

The strengths of our agri-food sector include a reliable food supply, the availability of resources, the position of arable land, and strong research poles. In addition, global opportunities relate to exploding demand from emerging markets as well as growing global supply constraints on land, water, energy, and carbon emissions.

Our agri-food exports have continued to grow despite challenges in the sector, reaching over $82 billion in 2021 and surpassing the previous goal of increasing agri-food exports to at least $75 billion by 2025. With better resilient logistics networks and supply chains, we can do even better.

The catch is that when people discuss food security and leading countries internationally, Canada rarely gets mentioned. The Netherlands, Denmark, and the United States are often mentioned, but our reputation is simply not there. Our image as a global agrarian provider lacks a bit of pizzazz.

We have to brag about it and celebrate the incredible contributions of our agri-food sector internationally as often as possible.