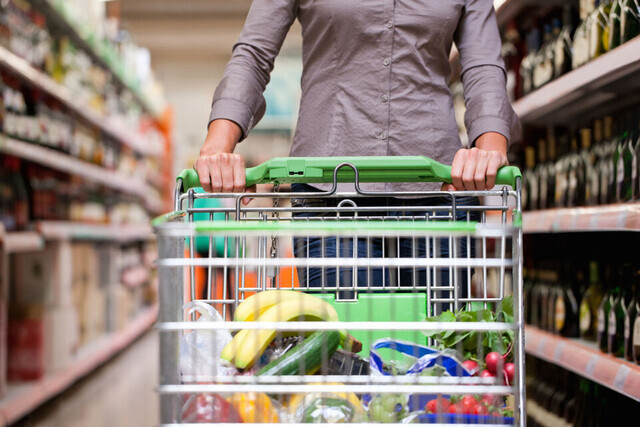 As food prices rise, many are quick to blame grocers for profiteering and taking advantage of consumers.

The notion of “greedflation” has emerged as one of the most talked about issues in the last month. Food inflation in Canada is at a 41-year high, at 10.3 per cent, and chances are that consumers won’t get a break anytime soon.

It is difficult to determine whether grocers have been inflating prices to benefit their bottom line. If greed exists in our grocery sector, how do we measure it? Well, our lab tried.

In a recent report, we used publicly available data to look at the gross profit (revenue minus cost of revenue) for each of the three big Canadian grocers: Empire/Sobeys, Metro, and Loblaws. We then calculated their respective “best” and “average” performances for the past five years. Next, we compared each company’s two most recent quarters of 2022 against their best and average years’ performances and quantified the excess (deficit).

Metro’s 2022 performance, on the other hand, relative to its best years, over-performed in Q1 by $3 million and under-performed by $14 million in Q2. For the most recent two quarters of 2022, Metro Inc. had a net deficit of $11 million relative to their best years’ performances. Nothing overly scandalous.

Does this mean Loblaws is greedy? Not quite. Loblaws’ reported revenues combine food, health, beauty, apparel, and other general merchandise into one category. Grocers are incredibly diversified and sell cosmetics, drugs, and clothing. Margins are different for these verticals, and of course, the ethics and social responsibilities of selling bananas or eggs are quite different than when selling lipstick.

Loblaws’ 2022 Q2 News Release attributes its increase in sales to an increase in same-store sales for food retail (0.9 per cent) and drug retail (5.6 per cent). Readers of Loblaws’ financial statements cannot definitively say whether an increase in non-food sales has driven the bulk of the “excess” gross profit, which is why accusations of profiteering are pointless.

But this doesn’t mean changes are unnecessary. Perhaps, companies like Loblaws should be required to report their food operations separately from their non-food operations. Unlike selling t-shirts or perfume, selling food, a necessity of life, is inherently ethical, and the stakes are very different.

We find it interesting that Loblaws can justify food and non-food (healthcare, beauty, apparel, and other general merchandise) as a combined operating segment which satisfies both IFRS 8.12(a) the nature of the product and services and IFRS 8.12(b) the nature of the production process. (IFRS is an accepted accounting standard.) It is unclear how food retail and drug retail are similar in nature, sales, or production. Canadians deserve to be informed of the details, especially when food inflation is in the double digits. This is worth investigating.

Still, the blame game continues, and Canadians want a scapegoat, which points to another change required, which has to do with the Competition Bureau. The Bureau has constantly failed the Canadian public by not providing forceful support to Canadian lawmakers by simply endorsing acquisitions and overseeing investigations with little or no vigour. The bread price scandal is a good example. After seven years, the investigation is still ongoing. We’ve also seen investigations into meat and salmon, neither of which have provided definitive results.

Grocers are easily blamed, simply because we know them. The more obscure part of our food supply chain has been spared by “greedflation” accusations for months, even if several multinationals like Unilever, Kraft-Heinz and Kellogg’s have recently posted significant profits.

The constant food inflation politicization has led to more irrationality and confusion within the population. Farming also contributes to higher prices at retail, but few are willing to point to farmgate economics as a contributing factor. The bureau should look at the entire food system, from both ends.

The anger directed toward grocers is truly unique to Canada. Our nation may be experiencing a consumer trust crisis that is spilling over into our relationship with grocers due to the Competition Bureau’s baggage, that is, the awkward unfinished business it has with many files. Canadian consumers feel grossly unprotected.

In the U.S., things are different. Their inherent hatred for monopolies and oligopolies has pushed lawmakers and bureaucrats to act swiftly and forcefully. Kroger is currently trying to acquire Albertsons for almost $25 billion, which would make Kroger the second-largest grocer in America. The deal is hitting major regulatory roadblocks. Kroger could be asked to let go of almost 400 stores, creating a rival to the new grocer. The initiative led by lawmakers has been relentless, and yes, politicized.

This would never happen in Canada. When Loblaws acquired Provigo in 1998, when Metro acquired A&P in 2005 or when Sobeys bought Safeway out west, barely anyone raised an eyebrow during the proceedings.

More financial data to clarify food sales and a more authoritative watchdog in the bureau, industry and grocers may be the only way to get consumers’ trust back.