Are grocery chains in Canada colluding over food prices?

The rising cost of food 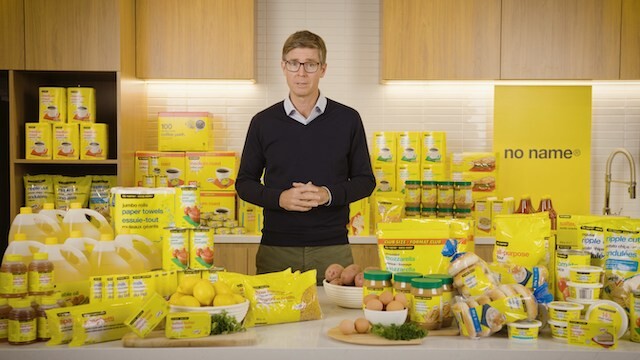 The rate in September was 10.3 per cent, according to Statistics Canada’s most recent Consumer Price Index released this week. Since Canadian grocers are again facing a barrage of criticism from concerned Canadians, some have started to respond.

Loblaw's recent announcement to launch the largest price freeze campaign in the world received mixed reactions from Canadians. While some welcomed the campaign, many still remembered the price-fixing bread scheme which unfolded a few years ago and understandably reacted to Loblaw's announcement with great skepticism. Consumer trust was severely damaged at the time, which makes the criticism grocers are now facing undoubtedly deserved.

Still, Loblaw's campaign will continue for more than 10 weeks, including the highly lucrative holiday season. It’s unclear whether consumers will save, or how much they will be saving, but at last, the campaign will bring some predictability for grocery shoppers and provide some immunity against sticker shock. We have all suffered sticker shock many times over the previous several months.

Reactions by other grocers may have made things worse. The competition, which includes both fellow Canadian grocery giants Sobeys and Metro, was clearly caught off guard by Loblaw's announcement. While Sobeys opted to showcase some of its current promotions, Metro decided to go on the attack, and made it a “hold my beer” moment.

“It is an industry practice to have a price freeze from Nov. 1 to Feb. 5 for all private label and national brand grocery products, and this will be the case in all Metro outlets,” stated Metro in an announcement of it own.

Wait, what? Metro clearly wanted to undermine Loblaw's campaign by stating that freezing prices this time of year was nothing out of the ordinary and normalize what appears to have been a long-standing, industry-wide price freeze practice. By doing so, without even giving it a second thought, Metro was inferring to the media that it was colluding with other grocers. Loblaw quickly denied everything. In the end, Metro issued another statement a day later clarifying its position on price freezes.

Many in the industry are familiar with seasonal cost management practices. Grocers will be inclined to accept cost increases during specific periods of the year. The so-called “blackout” periods will get grocers to reject cost increases. These are known practices.

But what Metro was suggesting is much more troubling. The company’s statement implied that seasonal collusion has impacted the price of privately labelled food products for years. This is what collusion typically looks like and is reminiscent of the bread price scandal, which lasted 14 years in Canada, with nobody fined or jailed.

Metro likely issued its statement in haste to respond to media requests. Still, it appeared that Metro did not even understand how incriminating the statement was to itself and the entire industry.

Almost four out of five Canadians believe greed is inflating food prices at the grocery store, and Metro’s statement certainly did not help. Supported by a unanimous parliamentary vote, Ottawa will launch its investigation into food prices and inflation in the coming weeks. The Standing Committee on Agriculture will need to get to the bottom of Metro’s statement and what it implies for the industry and consumers.

Beyond that, the committee also needs to appreciate that greed can be harboured anywhere within the food chain, from farmgate to table, and not just in retail. Retail prices for some verticals like dairy, meat, and bakery have shown erratic patterns in recent years. We shouldn’t be surprised that the meat packing industry is currently subject to two class-action lawsuits, in both Quebec and British Columbia. The Competition Bureau needs to provide more proactive oversight of what is happening across the food spectrum.

Targeting grocers exclusively would be like blaming the waiter at a restaurant when your dish is undercooked or just generally subpar. Let’s hope the committee will look at legitimate root causes, not just populist targets to score political points. But given what has happened this week with Metro, grocers are simply not helping their cause.