Survey: Support growing in Canada for decriminalizing all drugs for personal use 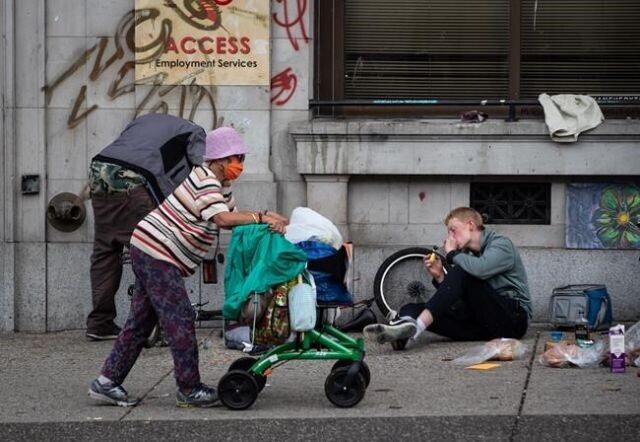 More than a million Americans have lost their lives in this century on account of drug overdoses.

In Canada, the number of daily opioid-related deaths has grown dramatically, from eight in 2016 to 21 in 2022. This crisis is not going away, and the views of the two country’s residents can differ greatly.

Research Co. and Glacier Media asked Canadians and Americans earlier this month about the current situation.

In Canada, we see no change on one item from our previous survey in 2021: 45 per cent of the country’s residents describe the current situation related to the use of prescription and non-prescription opioid drugs in their community as “a major problem.” In the United States, 60 per cent of Americans call the opioid crisis “a major problem,” up seven points since our poll in 2020.

There is a significant gender gap when it comes to the perceptions of the opioid crisis. Two-thirds of American women (66 per cent) and half of Canadian women (50 per cent) concur about the gravity of the problem. The proportions of men who feel the same way are lower in both the United States (53 per cent) and Canada (38 per cent).

Three in four Canadians and Americans (75 per cent in each country) also think it is time to reduce the prescription of opioids by medical professionals. In Canada, where this component has not been debated as heavily as in the United States, support for this policy is up by six points.

On a different proposal, the perceptions of Canadians and Americans are growing apart. For the first time, two in five Canadians (40 per cent, up seven points) are in favour of decriminalizing all drugs for personal use. In the United States, just over a third of residents feel the same way (35 per cent, down 12 points).

Politically, the notion of a blanket drug decriminalization resonates positively with Canadians who voted for the New Democrats (50 per cent) and the Liberals (48 per cent) in the 2021 federal election, but not with those who cast ballots for Conservative candidates (27 per cent). In the United States, the fluctuations are not as severe: 40 per cent among Democrats, 34 per cent among Independents and 31 per cent among Republicans.

When asked to rate the performance of political leaders on the opioid crisis, Canadians are ambivalent. More than a third (36 per cent, up two points since 2021) rate the work of Prime Minister Justin Trudeau and the federal government as “very good” or “good.”

The decline is precipitous for American policy makers. Only 34 per cent of Americans think President Joe Biden has handled the opioid crisis properly. Two years ago, almost half (46 per cent) thought Donald Trump was doing a good job.

We also see major drops in the proportion of Americans who are satisfied with the work of Congress (19 per cent, down 25 points), their governors and state administrations (36 per cent, down 22 points) and their mayors and local governments (39 per cent, down 19 points) to deal with the use of prescription and non-prescription opioid drugs in their community.

There is a continental consensus on some aspects of the opioid crisis, but not on others. While Canadians are just as worried as they were a year ago, they are now more supportive of decriminalization. Americans, who will participate within weeks in local and federal elections, appear to be more growing tired of their elected officials but are less likely to embrace a major policy change.

Results are based on online studies conducted from Oct. 15 to Oct. 17, 2022, among representative samples of 1,000 adults in Canada and the United States. The data has been statistically weighted according to Canadian and U.S. census figures for age, gender and region in each country. The margin of error – which measures sample variability – is plus or minus 3.1 percentage points, 19 times out of 20.