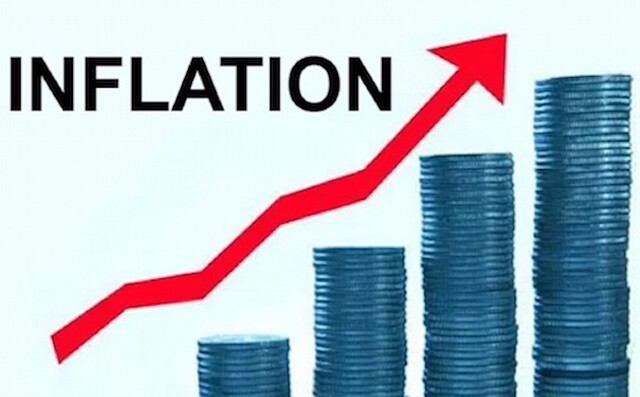 Summer heat isn’t the only thing making Canadians sweat this summer; abnormally high inflation and rising interest rates are putting the heat on many Canadians.

We’ve gone from zero inflation in August 2020 to 8.1% in June 2022. That’s really fast. The last time we saw anything like it was 1970-73 when inflation rose from one per cent to eight per cent over three years.

It was a full 360-degree head turner, like The Exorcist, which also came out in 1973. Following that rise, inflation stayed between six per cent and 13 per cent for a decade, when it finally broke with the crushing double recessions of 1980 and 1981.

So what do you do when inflation soars to nauseating heights? If you’re the Bank of Canada, you try to suppress inflation by raising interest rates.

The problem is the bank is using a very blunt tool. If you’re hoping for a soft landing, I have bad news for you: it’s never worked.

Not once in 60 years has the Bank of Canada managed to lower inflation through interest rate hikes without causing a recession.

If a pilot told me, “I’ve only attempted this landing three times in 60 years, and I failed every time,” maybe they’ll land it this time, but it’s definitely not a plane I’d want to be on.

But here we are, in a fairly rare moment in history where rising inflation and rising interest rates are on a collision course.

What can you do? Rifle through the coupon drawer for sales, maybe. Ask your boss for an 8.1% raise this year. Good luck with that.

When you think about inflation, what comes to mind is higher food and gas prices. The trouble with gas prices is that most of what drives them isn’t determined here. They are based on the price of oil and gasoline refining capacity.

Oil prices are up due to the Russian war in Ukraine, and refining capacity in the U.S. is down because several refineries didn’t re-open after the pandemic.

The trouble with interest rate hikes is that they won’t decrease food and gas prices. They’re more likely to cause a recession.

Controlling inflation with interest rates can work, but at a terrible cost. There are plenty of other things to try if governments are interested.

Governments don’t control the price of food and gas, but they do have control over other consumer prices. They need to exercise that control.

For example, the federal government can control who gets a mortgage to buy real estate. Let’s make it so that real estate investors can’t get mortgages anymore. A house should be a home, not a proxy for the stock market.

The provinces control how quickly rents are allowed to increase; let’s lock that down.

Tuition, transit fares, and child care fees are part of inflation and are controlled by governments; let’s bring those down. For instance, cutting child care fees by 50% this year will make inflation negative for families with young children.

Governments can also help lower-income households better cover increasing prices. Remember the pandemic? The federal government made several one-time transfers to lower-income families. Those tools are already in place; let’s use them again.

This isn’t the 1970s; pandemic-related initiatives taught us a lot about the power of governments to act in a crisis. Now isn’t the time to hit the snooze button.

David Macdonald is senior economist with the Canadian Centre for Policy Alternatives, a non-partisan research institute.