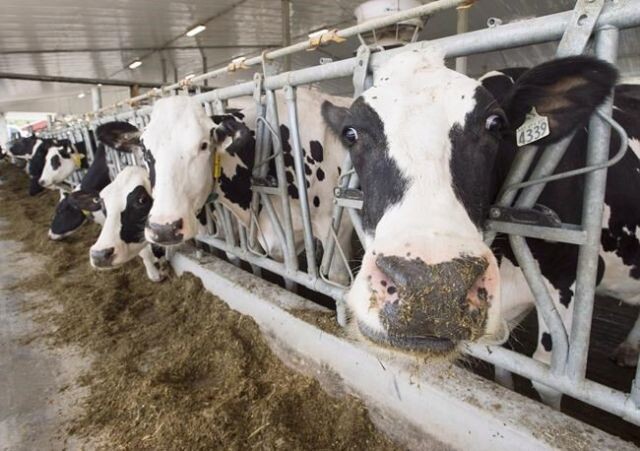 Not a day goes by without seeing a group, or even a government, changing rules for farmers.

In the name of the planet, animal welfare or even our own health, rules are changing despite our farmers’ knowledge and experience. It’s an interesting phenomenon and it’s happening all around the world. Farmers have long been regarded as the best environmental stewards on earth.

Why wouldn’t they be? After all, they make a living off the land, and with animals, so why wouldn’t we trust their views on agricultural practices?

In the Netherlands, farmers protested and sprayed several public buildings with manure after politicians voted on proposals to reduce nitrogen emissions — a controversial move. The government cited the fact that emissions of nitrogen oxide and ammonia, produced by livestock, must be significantly reduced close to natural areas that are part of a network of protected habitats for endangered plants and wildlife stretching across several countries. The rationale of such a policy can be understood, but the context makes little sense.

Despite being the world’s third-largest agricultural producer by volume and second by value, the Netherlands want to halve livestock production, even in the face of a looming global food crisis, so that they can comply with the nitrogen limits set in Brussels.

The target is designed to comply with new European Union rules on reducing nitrogen pollution. To meet these targets, farmers will have to downsize their businesses or even cease their operations, according to some sources.

Compared to what else is going on in the world, these measures seem extreme at best.

On the other side of the spectrum, we have the ever-powerful dairy farmers right here in Canada. Case in point: Agropur’s current strike in Quebec. For years, dairy farmers have claimed they are victims of strikes, pandemics and other unforeseen occurrences. And we believed them.

In Canada, dairy farmers waste anywhere between 100 million to 300 million litres of milk each year, and the waste was always unquestioned, even when milk prices at the grocery store were increasing.

With recent record-setting price hikes in the dairy section, and the fact that many families now are struggling due to higher food prices, consumers question our systems and are wondering if there could be a better way. Despite our quota system, which is supposed to eliminate all possibilities of waste, milk dumping has been going on for decades and Canadians have accepted it.

It’s a complicated debate, fuelled by rhetoric and orchestrated by a lobby group known for its power and influence, the Dairy Farmers of Canada. Politicians, academics and even journalists have paid a heavy price for criticizing the regime.

Relevant examples are plentiful in Canada. In Ottawa, many committees, councils and task forces organized by Minister Marie-Claude Bibeau and her department are largely populated by like-minded individuals. Food can get political, of course, but policymaking lopsidedness cannot be institutionalized.

Policymaking in food right now is in danger. Debates in the agri-food sector, which have been marred by our collective inability to exchange ideas, include discussions related to glyphosate and genetic engineering, climate change, food labelling and global trades.

Mainly because of social media, coupled with many very populist governments, our widespread capacity to know what we are doing with food policies has completely vanished.

Even in academia, cancel culture amongst colleagues is prevalent and deliberations are discouraged, even in the upper echelons of universities. The fear of losing any research funding prevails.

And it’s not just institutional. As citizens, over the last decade or so, we have gained the power of connecting and exchanging. But this newfound means of communication by way of social media has been overly efficient at destroying ideas, especially those that are held by a minority of people. We have witnessed the obliterating logic and rationale on food policy in many parts of the world, including Canada, to our detriment.

Consumers are exposed to more information, but this is also making society more vulnerable intellectually. When critics get silenced, policies will most likely become more misguided and short-sighted in the future, which is what we are seeing now. To support a roadmap for better food policies, we need to protect critics who are often vehemently quashed by the masses on social media. The critics stand no chance right now.

In the last couple of years, we have seen more people engaged in the food space. This may be the legacy of empty shelves coupled with record food inflation. Our institutions need to assure the public that food should serve all people, while maintaining our ambition to remain food secure.