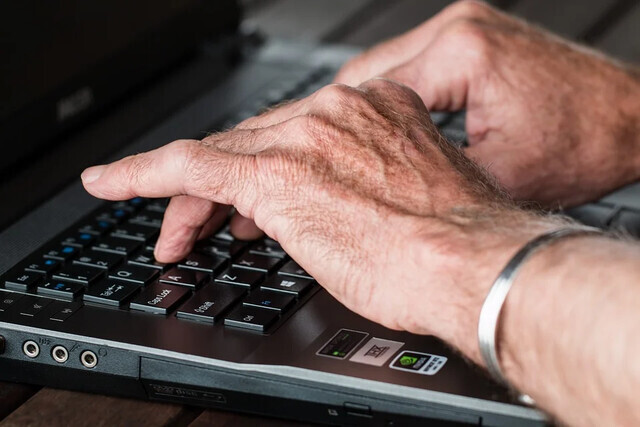 Last month, 71 per cent of British Columbians told Research Co. and Glacier Media that the worst of the COVID-19 pandemic was “behind us” and a similar proportion (72 per cent) expressed a wish to visit relatives or friends in person over the next fortnight. These findings suggest that the province’s residents are ready to go back to the way life was in 2019.

The way we shop has changed dramatically over the past couple of years. Fear of contagion led many of us to order groceries online. Still, there are groups of British Columbians who continue to harbour concerns about their digital information.

Some may have expected that the end of the pandemic would entice British Columbians to visit stores more often. The answer, as is the case for many matters related to technology, varies according to the age of residents. While 50 per cent of British Columbians say they buy goods from a website “once a month or less,” the proportion drops to 30 per cent among those aged 35 to 54 and to 24 per cent among those aged 18 to 34. For the province’s youngest adults, the internet is preferable to the physical location.

There is also little movement on the level of concern from residents on facing a setback while using technology. Just over half of British Columbians have worried “occasionally” or “frequently” over the past couple of months about two issues: having their personal information stolen over the internet (51 per cent, down two points) and computers and technology being used to invade their privacy (also 51 per cent, down two points). Slightly fewer residents have worried about somebody hacking into their computer or smartphone (46 per cent, down three points).

Our level of comfort about embarking on specific tasks online is also similar to where it was last year. Sizable majorities of British Columbians claim to be “very comfortable” or “moderately comfortable” using computers to shop (89 per cent, up two points) and to access banking information (87 per cent, unchanged).

The numbers are lower when British Columbians are asked about making a charitable donation online (73 per cent, unchanged) and commenting on an online forum that requires their email address (56 per cent, up two points).

More than three in four British Columbians (78 per cent) have more than one email address. This leaves 22 per cent of residents who deal with everything on one address – a proportion that jumps to 31 per cent among those aged 55 and over.

Some of the nuisances that we identified last year continue to clog the inboxes of British Columbians, with 63 per cent (up two points) saying they received a “phishing” message, where a sender attempted to acquire personal information by masquerading as a trustworthy entity. There is also an increase (58 per cent, up four points) on emails offering money for the recipient’s help or assistance.
Fewer British Columbians acknowledge catching a virus while browsing the internet (31 per cent, unchanged), having their social media platform hacked (16 per cent, up one point) or having their email address hacked (15 per cent, unchanged).

More than three in five British Columbians (62 per cent) have typed their name on Google to see what the internet has to say about them – a proportion that rises to 64 per cent among women and to 69 per cent among those aged 18 to 34. While 27 per cent of these curious residents found nothing, 61 per cent say the information that came up was accurate. Only 12 per cent say they encountered what can be safely described as “fake news” about them on the internet.

Our annual look at how British Columbians relate to digital tools leaves us with two observations. First, there is a gender gap on some of these questions. Women are significantly more likely to worry “occasionally” or “frequently” about their personal information falling into the wrong hands (55 per cent) than men (46 per cent). Female respondents are also less likely to feel “very comfortable” about managing tasks such as banking and shopping online than their male counterparts.

Finally, charities continue to face an enormous problem, as British Columbians are significantly more likely to trust online retailers to handle their information properly. There is a 17-point difference in the level of extreme comfort for online shopping (43 per cent) and online charitable donations (26 per cent). Some people want to give, but are evidently thrown off by the look and feel of some websites.

Results are based on an online survey conducted from May 26 to May 28, 2022, among 800 adults in British Columbia. The data has been statistically weighted according to Canadian census figures for age, gender and region in British Columbia. The margin of error – which measures sample variability – is plus or minus 3.5 percentage points, 19 times out of 20.