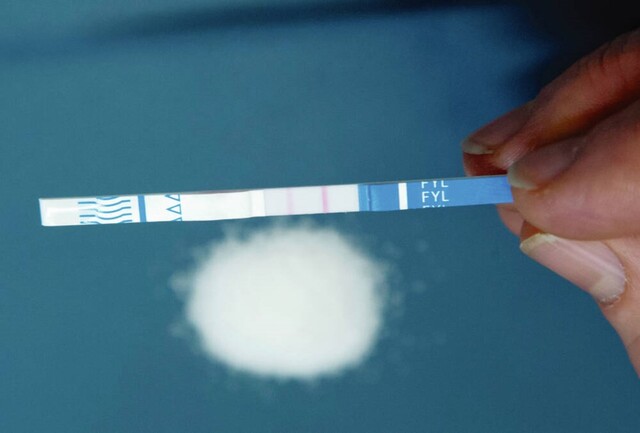 While the federal government was putting the finishing touches on the B.C. drug decriminalization project, provincial politicians were taking a crash course on the opioid crisis that prompted the change.

A standing committee on health, which hasn’t sat for several years, convened in April to “examine the urgent and ongoing illicit drug toxicity and overdose crisis.”

Several meetings since then involving numerous experts have amounted to an advanced course on overdose fatalities.

Although the decriminalization decision was pending at the time, many anticipated Ottawa would approve B.C.’s request. “Implementing decriminalization” was in the terms of reference weeks before federal Mental Health and Addictions Minister Carolyn Bennett announced Tuesday that possession of less than 2.5 grams will be decriminalized starting next year, for three years.

But witnesses told MLAs it won’t be as a dramatic as it sounds.

Director of police services Wayne Rideout said B.C. police chiefs agreed a long time ago “the idea of prosecuting individuals for simple possession was really a waste of time.”

Charges are still laid but he said they are often concurrent with other criminal matters.

“The concept of it being humanitarian to not charge people and trying to be sensitive to people’s health issues, they (police) are on board.”

Police will also stop confiscating small amounts of drugs in simple possession cases, next year. Rideout said police thinking has evolved and they recognize the harm that flows from seizing small amounts for personal use.

“The challenge they face is the worry that if they leave the drugs … and it is a toxic supply, now they’ve left something that killed the individual on the person. They really struggle with that issue.”

Trafficking larger amounts will still be illegal, but Rideout painted a picture of futility in that enforcement sphere.

“No matter how much drugs you seize, how much you stop abroad or in this country, it’s very challenging to stop enough to make a difference to the deaths on the streets and the tragedies that occur.

“There’s simply so much of it out there.”

Before fentanyl production started in B.C., it was simply mailed here and was almost impossible to interdict.

“Organized crime is very good at adapting to police techniques and successes. You close down one route, one technique, and they find another.”

Other witnesses made clear the losses B.C. is sustaining.

Island Health medical health officer Dr. Sandra Allison said that despite ongoing commitment and investment, 326 people died in that health region last year, two and a half times more than the number attributed to COVID-19.

There were 127 overdose deaths last year in Victoria, which has been in the top three communities for fatalities in the six years since the provincial health emergency was declared.

More than 9,000 people have died in B.C. of drug overdoses now. But the number of potential victims is higher than ever. The estimate is that about 100,000 people are at very high risk of dying due to continued use of illicit drugs.

Vancouver Coastal medical health officer Dr. Patty Daly said: “We actually have more people now at risk of death from toxic drugs than we did at the beginning of the crisis. … If these people have an addiction, it’s a chronic relapsing condition,” she said. Decriminalization is important in order to address the stigma, but it won’t change the toxicity.

Deputy provincial health officer Dr. Reka Gustafson said the number of people remaining who are at extreme risk shows the need for a bigger response. “The sheer size of the issue means we need to think about and implement interventions that aren’t incremental. We are not in a situation where incremental improvements are going to address the magnitude of the issue.”

Deputy minister of mental health and addictions Christine Massey outlined the statistical survey of the victims. People in extreme poverty are 33 times more likely to die of overdose. Forty-four per cent of the fatalities had received social assistance in the month before their death. Others said overdoses spike on the day welfare cheques are issued.

With that track record, the committee has a wide open field when it comes to recommending new approaches.

Les Leyne is a reporter with the Time Colonist newspaper in Victoria. This column first appeared in the Times Colonist.