NDP has dug itself into a deep hole with museum project 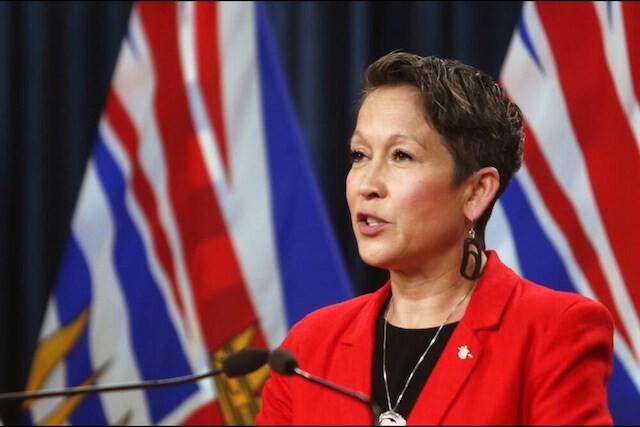 The NDP government’s plan to tear down and rebuild the Royal B.C. Museum is an even tougher sell now than when they announced it two weeks ago.

They’ve dug themselves into a deep hole by cavalierly presenting the $789-million ­proposal as a fait accompli. That created widespread ­astonishment and ­condemnation as people pondered a ­minimum seven-year closure of the ­institution and lined up to cite better uses for the money.

The blowback prompted a frantic effort — Tourism ­Minister Melanie Mark said officials worked around the clock — to make up lost ground by belatedly explaining the ­justification for the project.

It culminated Wednesday in the partial release of the ­business case for the project – hundreds of pages of documents showing exhaustive analysis of the facilities going back years. Several sections were redacted for commercial reasons. But the overall impression created is that the RBCM is a decrepit, non-functional, sub-sea level, inaccessible, asbestos- and ­arsenic-ridden ruin.

To that, Mark added two other points: It’s the previous B.C. Liberal government’s fault for letting things slide, and the drive for Indigenous ­reconciliation makes the $789-million job imperative. “We are not willing to take the risk of wiping out our culture, our collective history,” she said. “There are some things that are at risk [seismically] that are non-negotiable.” The mountain of background material was a far cry from the announcement, which ­consisted of just a news release, a background brief and 18 canned quotes from validators.

The contrast reflects how floored the government was when Premier John Horgan proudly proclaimed a flagship cultural investment — the biggest in B.C.’s history — then watched it crash into a wall of negative public opinion.

“The announcement did not land as I had hoped,” Mark said.

The information dump also raises questions about how secretive the NDP was in arriving at its conclusion.

The business plan shows that officials spent five years studying the facility and narrowed the options down to a handful.

The work was always described as a “modernization” project. But as far back as two years ago, officials concluded demolition and reconstruction was the best decision. That was presented to cabinet’s Treasury Board in March, but the first taxpayers heard of it was on May 13.

Mark said the government’s intention was always to be “transparent.”

A more straightforward and realistic description of the scope of the project would have eased some of the unrest she and Horgan unleashed. They consulted with the public on the vague idea of modernizing and upgrading.

“Our mandate … was very clear that we were going to modernize,” she said. “We came forward to the public about what that meant.”

But the people paying the freight got no chance to comment on the central renovation versus rebuild issue.

They hold public engagement sessions on highway widening jobs, but they didn’t ask anyone about demolishing Victoria’s prime tourist attraction and building a new one over a period of at least seven years.

All of which makes the parting shot in the release of the business plan a bit much: “Sharing the business case and concept plan with the public reflects government’s commitment to transparency.”

Apart from the communication gap that opened up during the process, the cost is a separate stopper for many people.

Mark discounted the parlour game people are playing of equating how much more benefit government could provide with $789 million. “There are many people that are doing a plus and minus analysis. This is plus and plus.”

She said school seismic upgrades are proceeding on schedule, hospitals are being built and there is an aggressive capital investment program all over B.C.

The business case will re-energize the opposition B.C. Liberals and B.C. Green Party to continue an argument they’ve been winning so far.

Both oppose the project and have been capitalizing on the public backlash. They’ll be combing through hundreds of pages of the project’s origin story to find more faults.

The business plan could ease some public concern. A careful read could bring some people around to supporting it. And major public works often start out in a hail of bullets and turn into something everyone loves.

But this one started out much lower in the polls than necessary, and will need a big change of mind for the NDP to avoid it festering through their term.

Les Leyne is a reporter with the Times Colonist newspaper in Victoria.