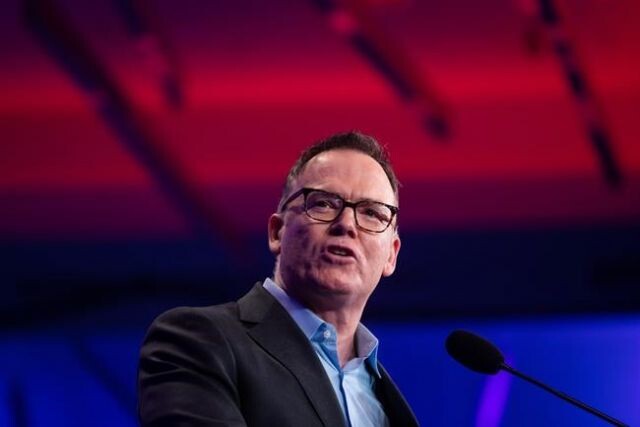 Typically, historically, graciously, a government comfortable in its skin grants this as part of an unwritten political code because it also believes it has nothing to fear from a new foe in the chamber.

John Horgan’s BC NDP honoured no such nicety in Vancouver Quilchena. It nominated the spouse of Vancouver’s mayor to contest new BC Liberal leader Kevin Falcon for yesterday's byelection in the riding.

Rather than offer a golf gimme or a baseball intentional walk, it was a warning shot on what the former cabinet minister can expect when returns to the legislature – only more viscerally and vigorously.

Quilchena is a Liberal stronghold and the party could have run pretty much anyone and do well. While Jeanette Ashe may be greeted with polite thanks-but-no-thanks at the door, her husband is a west side pariah. Whether she is auditioning for his Forward Together makeshift municipal party, or prepping for another provincial run in a general 2024 election, or just taking one for the team, no one can know. But even as the overwhelming favourite in the byelection, Falcon was wise to be campaign to the end.

Last Monday, it was to honour a long-ago promise to speak to a discussion group at Terminal City Club. As he has experienced in the weeks since winning the party helm, Falcon draws people to see just how much of his vibrant earlier political days are wedded to the wiser recent ones.

Judging how he performed over more than an hour without any scripting and a lot of navigation of audience statements posing as questions, provincial politics are about to get more compelling in Falcon’s presence.

Much as he had competent opponents in the race for the leadership, it’s evident Falcon’s faculties, facilities and familiarities with policy will prove helpful in holding the Horgan team to account. The BC NDP may claim to be licking its chops awaiting his arrival as some sort of Gordon Campbell/Christy Clark dark-days redux, but he will be a handful they’ve never handled.

With the benefit of age and fatherhood, and with a different perspective of the economy through his private-sector executive years, his directness is no longer ultra-brash.

“It does change you,” he says. “My principles haven’t changed, but my values have.” He is more attuned to the environment, more attentive to those who haven’t benefited from the economy, more assertive on the pandemic’s effect on mental health and on the system that contends with its impact.

In his case, it also means levelling with British Columbians – including his chosen Vancouver riding of plentiful single-family homes – about the need for a larger supply of housing to meet the next generation’s needs. It’s a difficult sell, but “when I explain it is a way for their children and grandchildren to live in the city they grew up in, they get it.”

If you’re wondering, he’s proud of how the BC Liberals governed but not exactly an earlier-era apologist. “Were we perfect in government? Of course not,” he tells the room.

If you’re also wondering if his return to politics is personal, he’s not biting. “It’s not that they’re bad people, it’s just that they don’t know what they’re doing.”

He will say he left politics to be present for his children and returned out of concerns about their future. He argues that “on every metric,” whether it’s housing, health care, child care, the opioid crisis, mental health, economic investment and growth, “they have failed to deliver, failed to get results, been an abysmal failure” and that their sub-competence will be more evident under his leadership. To do that, of course, he needs to win Saturday.

It’s a tall task facing him in today’s tentative pandemic reset with a government and leader still popular, but there is time. He doesn’t think Horgan will be his opponent in 2024, but he looks forward to their parrying in the days ahead. What won’t be fun, he says, “is cleaning up 10 years of their government.”