'Theatre of the absurd' 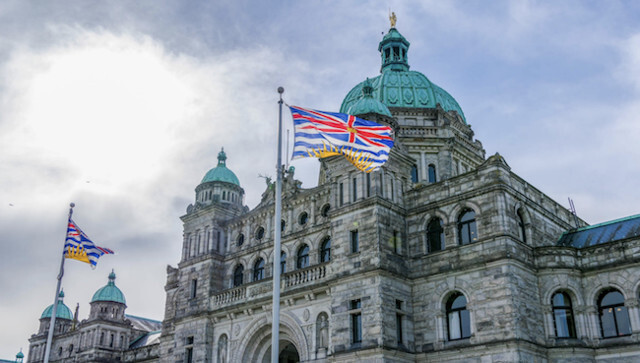 The NDP’s information and privacy debacle from last fall has moved off centre stage, but continued its run until recently in a theatre-of-the-absurd committee room.

Seven MLAs spent a few days listening to people expound on how information law should be amended, despite the fact Citizens’ Services Minister Lisa Beare amended it without bothering to wait for their advice. It is very much an off-Broadway production now. In fact, it’s a closed show as the meetings are going in camera. But it’s continuing the standards she set last fall in the legislature for inanity.

They are obligated by law to review the legislation, but the NDP government made up its mind last year on what needed to be done. So it rewrote the law last fall. That left MLAs obligated to hold hearings on how to do what’s already been done. The show must go on, however irrelevant it is.

The open hearings concluded in mid-March. The MLAs — four New Democrats, two Liberals and one Green MLA — are now deliberating behind closed doors on what might have been done in some alternate reality, or in some far-off future.

Although online submissions can be filed up until March 31, the committee held just two-and-a-half days of public hearings. But it has no fewer than 11 in camera meetings scheduled over the next two months to deliberate on what was said. That continues the surreal theme.

The only interesting thing will be to see if the NDP MLAs on the committee have the guts to call out the minister — and presumably the premier’s office — for the offensive amendments they made to B.C.’s information and privacy law, and the way they made them.

To briefly recap the plot, the committee convened for a few moments last summer to begin preparing for the review of the law. Then in October, Beare introduced amendments before it could meet again. She consulted with independent information and privacy commissioner Michael McEvoy, but ignored key parts of his input. When he made objections public after the bill dropped, she ignored them again. McEvoy supported some changes, but criticized the new fee charged for many freedom of information requests, the elimination of the legal requirement to keep B.C. personal data stored in Canada and some curbs on access to information.

He also objected to the new exemption from FOI that was granted to a half-billion dollar government investment fund.

The NDP stonewalled an opposition attempt to delay the bill by refusing to debate the motion for two days, letting the opposition talk themselves out. Then the government cut off debate and jammed it through the legislature using a form of closure.

This brings us to this month, when an assortment of individuals and groups presented ideas, all of them forced by circumstances to overlook that the fix was already in.

The most telling proof of what a comprehensive botch this has turned into came from the Union of B.C. Indian Chiefs. Neskonlith Chief Kukpi7 Judy Wilson amplified concerns the UBCIC expressed earlier about the process described above. She told the committee that many of the changes last fall were made without discussions with First Nations and contravene the UN declaration on Indigenous rights.

She said the bill was rushed through the house without full debate or a chance for First Nations to make representations. “It is baffling that the committee has been tasked with reviewing the act and hearing from witnesses after amendments have been passed – I have to add, without our consultation.”

The B.C. Freedom of Information and Privacy Association said the fall amendment “moved transparency legislation to a regulatory and policy process that is determined behind closed doors, in secret, by the minister.”

Executive director Jason Woywada said it not only undermined the committee’s work, it did not address key recommendations from prior committees. Another independent FOI advocate, Vincent Gogolek, stressed how unprecedented the above chain of events is and urged a mechanism to prevent it from happening again.

Maureen Juffs, who described herself as “just a rural citizen,” said: “I shudder to guess why those particular changes were rammed through… without waiting to incorporate your current review findings.

“I just want to say that this really matters. It matters to the public interest.”