Shooting for the future of Okanagan fish and game clubs 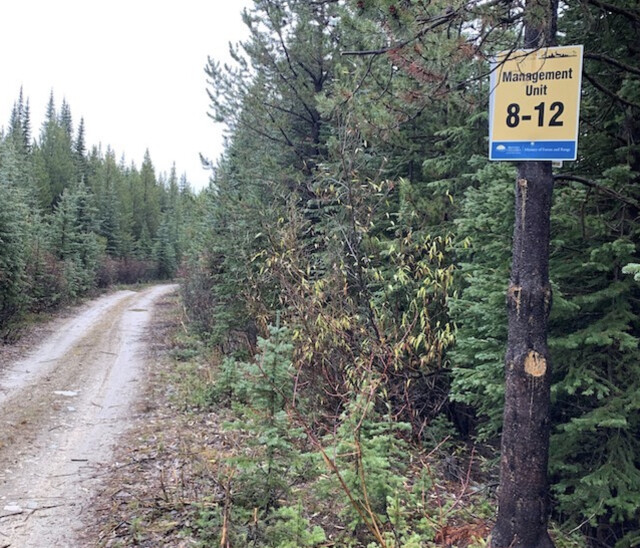 If you've ever driven along Casorso Road in southeast Kelowna, you may have seen the Kelowna and District Fish and Game Club.

What you may not know is the club has been active in community conservation in the region for well over 100 years. Established in 1904, the club (KDFGC) is one of the oldest in B.C., with a long history of supporting wildlife conservation, fishing, hunting and safety in shooting sports. During the First World War the club was part of the civilian militia, making sure people were rifle capable. Today, the club continues to be a leader in firearm safety training and advocacy.

Today, the approximately 1,000-member club is situated on 40 acres. Club facilities offer extensive opportunities for competitive and sports shooters in all seasons. For history buffs, the club’s archives are filled with more than 100 years of memorabilia that is attracting the interest of the UBC Okanagan Special Collections and Archives.

KDFGC is a proud member of the B.C. Archery Association, running the junior Olympic program for the BCAA provincial sport’s archery training program. Kids get coached by a nationally certified Level 3 archery coach and offered a competitive path provincially and nationally.

Like hundreds of fish and game clubs across B.C., the KDFGC has contributed thousands of hours and hundreds of thousands of dollars to boots-on-the-ground actions for sustainable outdoor recreation. A recent example is replacing the management unit boundary signs throughout Region 8 with durable aluminum signs with government GPS locations. Club volunteers raised funds and rebuilt this Region 8 infrastructure for long-lasting, hunting area identification.

“The advantage of club membership is base-level involvement and opportunity to give back. A lot of people who hunt and fish want to get involved, but MLA meetings are not for everyone. Sometimes people want to get their boots muddy, get outside and help out,” said one club president.

At just 80-years-old, the Southern Okanagan Sportsmen’s Association (SOSA)?is a younger club near Oliver. SOSA was organized in 1942 and is closely affiliated with the B.C. Wildlife Federation.?The property was gifted from a resident to the club, exemplifying the deep connection members often have to their local shooting club.

SOSA may be a small club near a small town, but it gets a lot of support from shooters in the Okanagan Valley. It’s a warm community and quality venue.

"Some members even drive two hours to shoot there with friends," said Ed Pederson, who manages SOSA's trapshooting.

SOSA advocates for the preservation of fish and wildlife and their habitat for the benefit of all in B.C. and the South Okanagan in particular, promotes hunting and fishing with integrity, and promotes education, safety and encouragement of competitive and non-competitive shooting sports.

SOSA’s archery program is affiliated with the B.C. Archery Association. It emphasizes excellence in archery and is a family affair. Ron?Ostermeier?is a certified competition development coach and a master coach developer. He co-manages the archery program with his wife, who is a certified instructional intermediate coach.

SOSA has four certified coaches working with competitors of all ages, several of whom competed in the B.C. Winter Games in early 2022.

Prior to the pandemic, there was also an ongoing archery program with the Osoyoos Indian Band, supporting First Nations kids in competitive sport.

According to Ostermeier, SOSA has the facilities (both 3D archery and target), but needs archers.

Some members who live in the Lower Mainland even drive up to Oliver to practice archery for vacation, he said. Depending on public health regulations, SOSA will host the B.C. Archery Outdoor Championships on the Labour?Day Weekend in September, which will be a great opportunity to head to Oliver and check the club out.

SOSA also offers youths safe sports shooting opportunities and has a popular trap shooting program that has quadrupled in size in the last 15 years.

Before the pandemic, as part of the gym curriculum, the yearly trapshooting excursions to SOSA with extensive safety training and individual coaching for kids, were very popular.

SOSA's Ed Pederson has written to his local MLA, giving specific feedback on Bill 4 to protect his range and community. KDFGC's president Mark Rogers sees BC Bill 4 as the biggest challenge for shooting clubs, saying: it is is designed with drop-in or unlicensed shooters in mind, heavily penalizing member clubs like KDFGC, which already tightly vet members.

“The bill may bring massive financial hardship to hundreds of local clubs,” he said.

Rosie Burn is a public relations advocacy official with the B.C. Wildlife Federation.