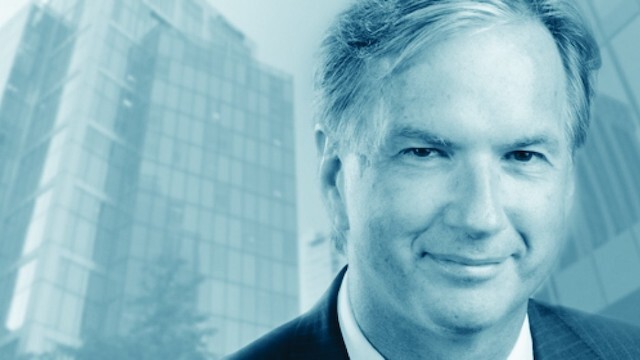 I recall the shock two years ago of an email alert from the organizers a few days following the annual Jewish Community Centre (JCC) Sports Dinner. Someone in the teeming Hyatt Regency Hotel ballroom a few nights earlier had tested positive for COVID-19.

It was a thunderbolt. Among the several hundred in that room, surely there were many fearing the worst: that this nascent virus would spread to them with unknown heft. But few if any could yet anticipate a more substantial development: that a large number of the firms many of the attendees managed and owned would in a few days shutter, splinter and segue into what we can see two years later as a semi-permanent shift in how business is conducted and work is performed.

The marquee attraction that night was New Orleans Saints quarterback Drew Brees, an extraordinarily enduring superstar (now a broadcaster) who gave no hint of apprehension to be in a packed house with hundreds who wanted to shake his hand, get an arm-around photo with him – even bid high dough to play catch with him in the room.

In the same way that, for many in that room, the 2020 dinner coincided with the start of an unprecedented social and economic chapter, it was fitting that last Wednesday’s dinner served as another, more hopeful starting line. Hundreds of vaccinated, liberated, maskless businesspeople were back in the thick of things, the two dinners serving as bookends of a city’s pandemic dynamics.

The resumption of the significant in-person fundraiser for the venerable centre struck a decisively different chord. Consciously or not, organizers brought forward a program in which the event’s traditional swagger was replaced by a speech and discussion – and an Indigenous land acknowledgment – that signalled the evolution of discourse within the business of sport and the wider society.

The local element of the program is the Jack Diamond award for contribution to community, and this year the recipient was the remarkable Corey Hirsch, the former Vancouver Canucks goaltender (now a broadcaster, too) who has taken on a personal responsibility to use his station in life to advance the importance of attention to mental health.

Hirsch took the stage to a standing ovation and silenced the room with his story of struggling with anxiety and obsessive-compulsive behaviour, of dark contemplation, of dressing-room rejection in an era of relative ignorance in the sports fraternity and of some optimism that change is under way and support is emerging as never before.

His tale reflects what most businesses have come to recognize in the pandemic as a critical and widespread challenge for their workforces, in part because elite athletes – Simone Biles, Naomi Osaka, Michael Phelps, Serena Williams, DeMar DeRozan, Kevin Love and Robin Lehner, among them – have shared and spoken out in an effort to destigmatize. Many entertainers have done so, too, but business and political leadership has lagged in sharing their stories to make it safer for the workplace to do so. Perhaps Hirsch’s candor persuaded a few to do so Wednesday.

His speech set the table, too, for the marquee attraction of the dinner: Alex Rodriguez, inarguably one of baseball’s all-time greats, but with a self-inflicted wound that cost him a year’s suspension late in his playing days for using performance-enhancing drugs, a move that might cost him a place in the Hall of Fame in Cooperstown.

Rodriguez was in much of his career in sport what many of those in business would recognize as the dog-eat-dog cohort, riveted in winning at all costs. But his onstage discussion with sports journalist James Cybulski was anything but that strut. It was vulnerable, confessional, accepting of consequence and in many ways the ideal message for what are now his peers in business.

The frustration of conducting business in the coronavirus era has furnished humility and an understanding of larger forces at work in our world to make us reconsider practices and redefine principles. But Rodriguez had these tasks under a public microscope in the declining years of his playing career in the world’s largest city, New York, for the world’s best-known team, the Yankees. It could have gone so sideways.

Those who know him have spoken and written on how he used that time valuably for reflection on his choices, to not only apologize and atone but develop new muscles as a father, a partner, a friend – and, as we have seen, to advance with more personal grounding his flourishing business portfolio of enterprises, including NBA and WNBA franchises in Minnesota.

His frank narrative of redemption and reclamation was pitch-perfect for a week in which British Columbia reopened in larger measure. The arenas can be filled, the restaurants can repopulate, and the restrictions can lift and lift until before long they will be barely noticeable.

What we can hope will be noticeable, as more and more return to the workplace and many redefine that focus of their identities, are new attitudes and acceptances to recognize that even our icons can carry difficult backstories, that their pedestals can be more precarious and illusory than we realize, and that it is a healthy ambition for us to discuss our discomforts and choices.

Hirsch and Rodriguez, if the audience was listening and learning, gave hundreds of local influencers the opportunity to take in powerful lessons handy to their leading in the time ahead. •

Kirk LaPointe is publisher and editor-in-chief of BIV and vice-president, editorial, of Glacier Media. This column first appeared on the Business In Vancouver website.