Festering fissures in BC Liberal ranks could widen with new leader

Pressure on BC Liberals 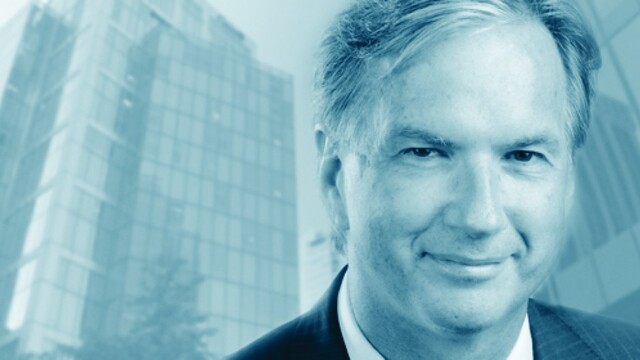 If the BC Liberals stand a strong chance of regaining power in 2024, at this stage they cannot bank mainly – as opposition parties typically do – on the faltering of the sitting government.

The B.C. economy is not operating as business would have wished, but our nation-leading performance is not what business would have anticipated, either. The public is increasingly disenchanted with the imposed strictures of the pandemic – two years of this is a long time – but no expert is forecasting this province is headed into administration-toppling fiscal follies. Then again, we will see, because two years are indeed a long time, and there is some unravelling under way.

Still, a poll last month suggested John Horgan remained the country’s most-trusted premier. Presuming that his recent cancer treatments fare successfully, as we all hope, and that he chooses not to step down, as his supporters all hope, the BC Liberals have a hill to climb.

It would help, too, if the aspiring leaders stopped pushing each other down it.

In canvassing about a dozen Liberals unassociated with the leadership campaigns, the politest views I heard along the way were that the leader to be elected in early February has to swiftly address fractures before the party credibly challenges the BC NDP.

The most troubling views I heard were that either of the two perceived front-runners, former cabinet minister Kevin Falcon and MLA Ellis Ross, would further fracture it as leader – the former driving the hard-right wing into Conservative Party of BC hands, the latter driving the party’s soft-left to sit on their hands or, good gracious, even the Greens.

The middle path – that one of those two as victors simply needs to furnish a lick and a promise and a coat of paint and things will be back to pre-2017 predominance – is simply, plainly, frankly unthinkable. This campaign is a small step in a large trek.

Falcon to a great extent and Ross to a lesser one pin their hopes on a first-ballot victory in the preferential ballot vote. Each campaign sees the other as in second place. Ross has more plausible growth potential in picking up the second choices of the least popular candidates in the early ballots, although it is likely a small tiding. It might take a fourth ballot to yield a decisive dividend.

Debates rarely settle leadership contests, which are about selling memberships and sealing support on vote day. But what last week’s final debate of the contestants demonstrated is that there is a disquieting rancour/animus that Falcon in particular would need to quell.

His campaign has drawn accusations from every other candidate of manufacturing a membership list by playing outside the lines. To be fair, no evidence has proven this; to also be fair, Falcon has up and down denied it; and to be fair again, the party’s contest organizers have not broken a sweat looking. The registration process is supposed to sort the situation by requiring specific personal data, but two campaigns told me late last week it was not doing so, and the party’s audit commitment within it is underwhelming. The court is bound to be petitioned on this pre-vote.

Falcon and his team have, in a bit of political judo, accused his opponents of racism because many of the disputed memberships emanate from South Asian and Chinese communities. In the debate it was quite the audacious spectacle, considering their respective subject positions, to see Falcon hector MLA Michael Lee, an esteemed solicitor of Chinese descent, on his opposition to membership diversity and how his claims were lacking in integrity. If Lee could not respond with a haymaker at that moment, it was likely owing to paralytic onset at Falcon’s derring-do.

Falcon, however, is back riding the bike in full form in debate, and is inarguably the readiest to tackle Horgan tomorrow on basic, traditional political cut-and-thrust. Still, he of anyone in the contest has to bring aboard the bulky luggage of Liberal governments and keep it stored safely in the overhead compartment in the turbulent time ahead. Horgan’s message would likely be: we remember you well, as we will remind you well.

Ross notes that Falcon won’t be an MLA for some time if he wins, without opportunities to get into the grill of the premier as he has of his six campaign rivals. Falcon’s debate reply: that doesn’t seem to concern the majority of the BC Liberal caucus supporting his candidacy. Of course, touting the guardian MLAs on your team doesn’t exactly ooze a welcoming of new blood.

From the distance of Greater Vancouver, the Ross campaign has seemed a surprise; in most everywhere else, hardly. His conservatism is a creature comfort of large swathes of the province’s 87 ridings, each of them with 100 points to divvy up when votes are counted. One rival confided that when its campaign reaches out for member backing, the most authentic support it hears is for the former Haisla councillor. To put it mildly, his BC Liberal party would certainly be an unambiguous alternative for voters.

At the race’s early stage, it seemed Val Litwin’s growth in it – or lack thereof – would define the outcome, and that still seems possible. In debates the former BC Chamber of Commerce CEO has questioned Ross about his reticence to ascribe climate change to human conduct and Falcon about whether there were deals cut to gain recruits. Last week he had coherent proposals on housing affordability – beyond the general mantra of supply, supply, supply.

He and Lee stand to earn most of the anyone-but votes, and unlike Falcon, Ross and now Lee, he hasn’t become any kind of target.

But as the contest closes, the hopes for the party remain a) that it doesn’t rupture with its choice, b) that it offers new programs instead of a rerun for the audience and c) that by October 2024 the premier honours the official retirement age he will have just reached.