Theft from grocery stores is a growing, and troubling , problem 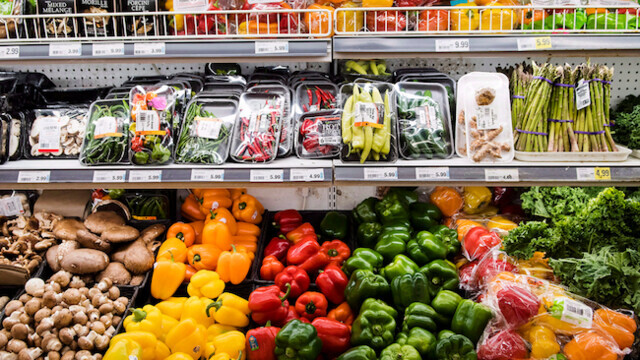 Shoplifting has been on the rise in Canadian supermarkets in recent months. And that ultimately costs us all.

Concrete data on theft in grocery stores is difficult to get since incidents are typically underreported. Managers tend to take matters into their own hands. But with the increasing number of reports of theft, and security guards stationed inside and outside grocery stores, things are likely more complicated than we’re aware of.

Speaking with various retailers in Montreal, Halifax, Toronto and Vancouver – even those in the heart of neighbourhoods where crime rates are typically lower than average – thefts are a new cause for concern.

According to anecdotal estimates, the number of thefts has increased by 25 to 40 per cent in just the last six months. A mid-sized grocery store can easily catch 10 to 12 shoplifters a week.

The cost of living and the price of food are enticing some people to find other ways to obtain supplies.

The most coveted items in supermarkets include meat, such as ground beef, steaks, sausages and roasts, as well as cheeses, spices and over-the-counter medicines. Energy drinks and alcohol are also targets in provinces where beer, wine and spirits are sold in grocery stores.

Some people can steal up to $300 worth of products from multiple locations in a single day.

In addition, some employees may act as accomplices in internal thefts, either in the warehouse or at the back of the store before the products are even put out on the shelves.

On average, in Canada, every grocery store loses $3,000 to $4,000 worth in stolen groceries per week. For every 500 supermarkets that open their doors every morning in Canada, the food in the equivalent of nine will be free that day due to theft. That’s a lot of food, and the associated costs are a huge problem for retailers.

Some merchants go to great lengths to prevent theft. Aside from the addition of security cameras and door people, hiring security guards also seems to pay off. Plainclothes mystery shoppers roam the aisles to catch thieves in the act. Although expensive, this strategy works well.

These offenders don’t have a typical profile – they come from all age groups and backgrounds. That makes catching them more difficult.

In Canada, according to some crime experts, about half of all those charged have no criminal record. First offenders are often well-educated, come from well-off families, hold stable positions and enjoy a good reputation. Many are just down on their luck.

Obviously, self-service checkouts can facilitate theft. It should therefore come as no surprise that surveillance has been added around these areas. With profit margins declining to nearly one per cent, the profitability of stores depends a great deal on increased surveillance to minimize theft.

The great majority who follow the rules must pay extra for food due to shoplifting. For merchants to cover their costs, all consumers pay a premium of approximately about 2.5 per cent for shoplifting and internal theft. However, online shopping makes theft impossible.

Since the start of the pandemic, e-commerce for food has exploded. Canadians now buy more than $5 billion in food a year online. These sales are obviously safe from any temptation to take products and leave without paying. Grocers know this and want to encourage online shopping to lower their risk.

Meanwhile, food inflation is providing unpredictable shocks in stores, and the situation could deteriorate in coming months. That means merchants will have to double their vigilance.

It should come as no surprise that some retailers are using new methods to deter in-store delinquency.

The very first self-service grocery store opened in 1916 in Memphis, Tenn., under the name Piggly Wiggly. Previously, customers presented their shopping lists to employees, who collected the merchandise from the store shelves. Then the Piggly Wiggly founder had a revolutionary idea: allow customers to serve themselves.

Since then, we’ve been able to visit stores, see the products and place them in our basket. For the sake of our grocers, this privilege shouldn’t be taken for granted.