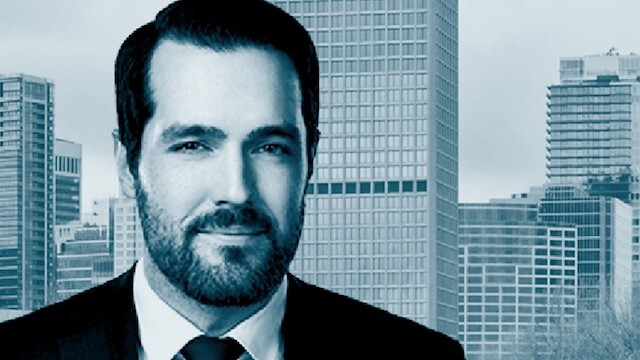 Media outlets, political leaders and financial markets have closely followed the number of jobs created and lost during the COVID-19 pandemic, but less attention has been given to the number of job openings going unfilled.

Labour shortages – increasingly emerging across Canada and the rest of the world – present huge potential hurdles to Canada’s recovery from COVID-19 and our long-run prosperity.

Labour shortages occur when companies that produce in-demand goods and services are unable to find the employees they need to meet that demand. Labour shortages mean that profit and economic growth opportunities are being lost – either because limited access to desired products weighs on consumer spending or because scarcity of key input products holds back production.

There is a labour shortage problem in Canada. According to Statistics Canada’s Job Vacancy and Wage Survey, the national job vacancy rate reached 4.6% in 2021’s second quarter – the highest quarterly rate since data was first recorded in 2015 that included a record 5% tally in June. In that month, that meant that more than 815,000 positions could have been filled but were not – also a record. (In the U.S., the results were even worse: July 2021 brought a 7.3% job-opening rate.)

According to the Canadian Federation for Independent Business, insufficient skilled labour is far and away the most significant constraint on small and medium-sized business growth prospects. Shortages of semi-skilled workers are also ranked as one of biggest hindrances to sales and production.

The challenges are particularly acute in B.C., which reported a 6% job vacancy rate – the highest of any province – in June. That is a natural consequence of a high concentration of high-contact industries in the province’s labour market; data from the summer’s peak tourism months may well show even more shortages. However, elevated numbers of job vacancies have also been reported in B.C.’s key wood product sector, where demand and supply are still adjusting to pandemic-induced mill shutdowns, abrupt restarts in response to surging appetite for home renovations, logging restrictions and wildfires.

Our research and that of others offer some guidance as to the near-term path forward for policymakers. First and foremost, we must control the spread of COVID-19, and the most effective way to do so is get as many people vaccinated as possible. This is critical to safeguard against future infection and lockdowns and engender the public confidence that can encourage more widespread return to work. While the jury is still out on whether extraordinary pandemic policy supports discourage labour market participation, income replacement measures should continue to be monitored closely and calibrated to virus and economic conditions.

Finally, we must continue to prioritize admissions of economic immigrants who meet the needs of Canada’s labour market.

Longer-term, more structural factors may also be at play. Even in the years before COVID-19, small and medium-sized enterprises consistently listed skills mismatches as a constraint on growth, and many analysts anticipated that Canada’s tech sector would witness significant numbers of job shortages in the coming years absent more widespread and targeted training. These gaps must guide policymakers as they design educational programs in the coming years. Moreover, many surveys for Canada and the U.S. indicate that the pandemic has prompted vast numbers of workers to reconsider their career paths, and more highly prize benefits such as mental health supports and flexible work arrangements. To the extent that these preferences persist, the business community will need to be nimble.

For business leaders, the implications are clear: hire assertively, and hire early. Skilled workers are in short supply and their demands are changing – to attract them in an increasingly competitive market, generous compensation packages, benefits and working arrangements will have to be considered. As well, current labour market tightness stands out not only for its severity but also for its earliness in the recovery cycle relative to prior downturns. Our experiences following previous recessions suggest that supply-demand imbalances could remain pronounced as reopening continues and pent-up consumer demand is unleashed. Such conditions would reward firms that staff up sooner rather than later.

Labour shortages represent one more battle in our long fight against COVID-19. Overcoming them will require continued focus on vaccination, further emphasis on economic immigration and flexible policymaking from our governments. For business leaders, only quick and assertive hiring approaches will enable full participation in the economic recovery and allow firms to reach their full potential. •

Marc Desormeaux is a senior economist at Scotiabank.

(This column first appeared on the Business In Vancouver website.)