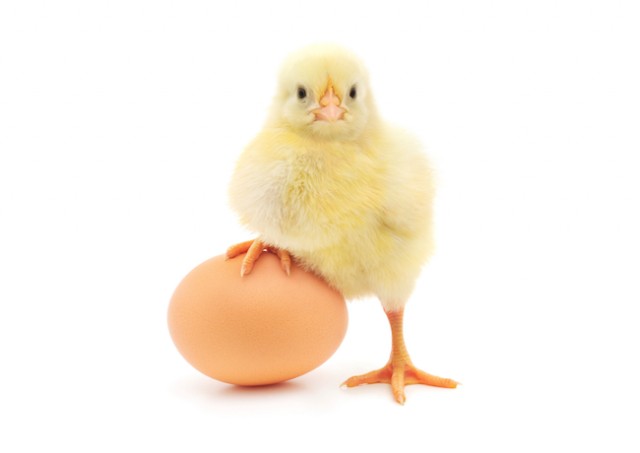 This week's Writer's Bloc introduces Kelowna resident Dustin Gumpinger, lawyer, who is working on his PhD through the University of Toronto Faculty of Law. Dustin is currently the co-advocacy chair of the Kelowna BC SPCA Community Council.

The high cost of eggs

Imagine that you want to buy a female puppy. Everyone else who wants a puppy also wants a female, which means the male puppies cannot be sold.

With the exception of a small number of males kept for future breeding purposes, the breeding industry therefore disposes of the male puppies. The most efficient, cost-effective way of doing so is to kill them shortly after birth.

Breeders use a number of technique to achieve that goal. Some puppies are ground up alive in high-speed macerators or asphyxiated in gas chambers. Others have their spinal cords dislocated from their brains or their heads severed from their bodies while they are alive. In many cases, death is neither immediate, nor painless.

What would you do in this scenario? Would you support the dog breeding industries? Would you still buy a female puppy?

This is not as far fetched as you might think. The choice in the example above mirrors the reality you face every time you buy eggs. Male chicks are considered useless by the egg industry because they cannot lay eggs or produce a desirable amount of meat. Thus, after they are sorted from their sisters, newborn male chicks are killed.

Standard industry practice involves killing male chicks in the ways outlined in the puppy example above. Those types of practices are deemed practical and humane by the Canadian Agri-Food Research Council’s national Code of Practice for the handling of hatchlings.

In 2014, an employee of the animal rights group Mercy For Animals Canada shot undercover footage at an Ontario chick hatchery owned by Maple Leaf Foods. The employee witnessed horrific practices. Some chicks were swung by their wings into metal dividers. Others were boiled or drowned in industrial washing machines. The video showed one employee laughing about chicks being scalded. Another employee was caught on camera shoving a large basket of chicks through a macerator.

Some might respond that disposing of male chicks in this manner is simply the cost that we as a society pay to enjoy eggs. It is simply not true.

In response to objections to the practice of culling male chicks, the German government funded scientists to develop a better option. That funding resulted in the development of technology that can determine the gender of a chick inside of an egg. Eggs determined to contain a male embryo could therefore be removed from a hatchery prior to hatching. Were this practice to be adopted, male chicks would be spared stressful, painful, short-lived lives.

Although this new German technology offers an alternative to the Canadian industry, the National Farm Animal Care Council’s public review process has come to end, meaning industry standards are not likely to change soon.

You can make a difference

With that said, in light of the new gender identification technology Canadian lawmakers could ban the practice of culling of newborn male chicks. I would encourage anyone who feels affected by the plight of those chicks to contact their member of parliament.

If your reaction is, “I cannot live without eggs” consider buying your eggs from local producers. Do your homework, ask questions, visit the farms. If you have decided to try an egg free existence, there are numerous alternatives worth considering.

Ultimately, the choice between misusing animals or enjoying food is a false one. It’s not either/or. There are ways in which we can eat well but still act humanely.

We do not have to pay the high cost of industrial eggs.