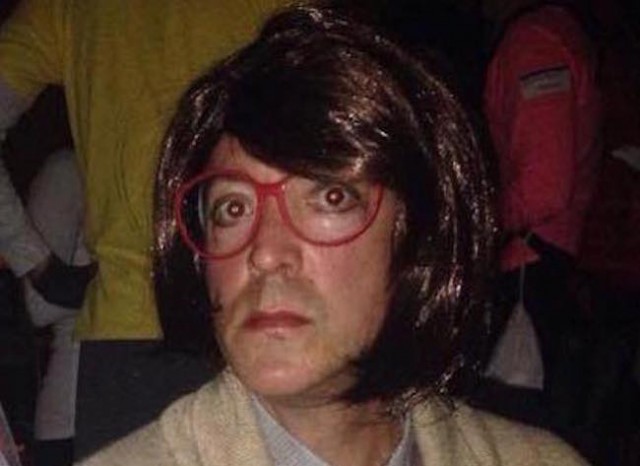 Photo: Angus
Agony Aunt Izzy McKechnie has some advice for you.

This week Writer's Bloc introduces Izzy McKechnie, a modern day agony aunt. Izzy is a lover of nature, especially Darwinism (or any theory that deals brutally with incorrect behaviour). She is an astute and judgmental observer of people who appear to have been dropped on their head as a child. Izzy is a guest writer, adherent to the Oxford comma, and proud mother of three cats.

Note: The definition of an agony aunt is a British advice columnist who gives advice when people write in with problems. ~ www.yourdictionary.com

My girlfriend and I are getting married this summer, but she has been surfing Plenty of Fish and has recently changed her Facebook status to 'it's complicated'. Am I missing something here?

It *is* complicated, isn't it? Getting married in itself is complicated, especially when the magical date looms a mere season away and you begin to realize this may be the end of the springtime of your life.

You can't dwell on these daunting thoughts for too long, because you are committed to Karen now, and Karen is now committed to you. I have chosen your girlfriend's name to be Karen. She sounds like a Karen.

But let's be honest here, life is swift, and relentlessly moves forward. The fact is, you've been walking a mediocre beige/vanilla path all your life, and now you're finally taking a big sidestep into a steaming pile of Partnership in Mediocrity.

But we're talking about paths, specifically, paths that are unknown. So, what is this fresh path, this fresh hell? Where does it lead? A cliff? A freshly paved road leading to a gated community? A golden path leading to a religious cult?

But enough about me.

Marriage is big, and a terrible method for getting gifts and manic attention, and it goes far beyond just the two of you. Both your families will shortly be grappling in a death match for Thanksgiving and Christmas visits. One of your new in-laws must heed the call of the time-honoured title of Bizarrely Religious and Political Commentator at family gatherings.

This is what is going on in her mind too, so stop being so selfish and fragile.

Based on the weight of importance you place on Karen's Facebook relationship status, you may want to put down the video game controller and start reading some literature, or maybe learn how to fix something (other than your game console).

Karen is still playing the Single Girl while you two are an item that is going to be much more item-y in summer. Is this behaviour new since you decided to get married, or do you have an open relationship?

Karen's Facebook status is a public cry for advice from friends, and/or a call to come get some before it's called ‘cheating’.

Consider too, that if her FB status bothers you, you are already secretly stalking her. This is not a healthy start.

To answer your question, you are probably not missing something. It's clear she has doubts. Ask yourself if you're pressuring her into this. Ask her if she feels pressured. Then go camping, drink lots of wine, talk it all out, make out under the stars, then revisit the idea of getting married a couple years down the road.

Izzy, the cynical parent you should have had

Do you have a relationship question for Izzy? Are you tough enough to hear the answer? If so, please email [email protected]