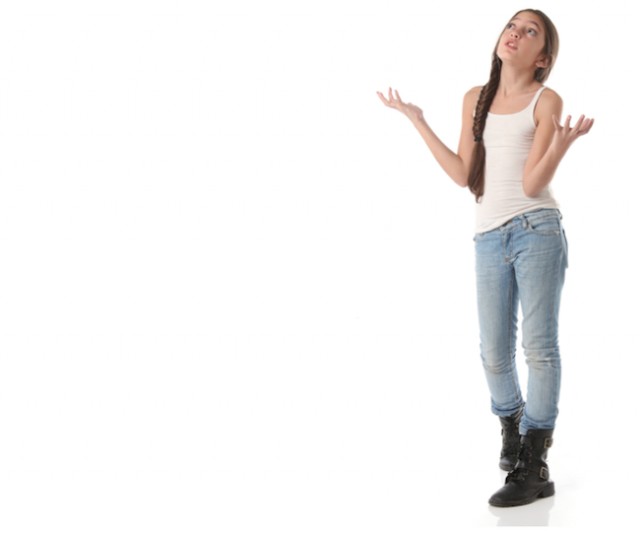 Our guest this week is Tanya Gunderson, long time West Kelowna resident and mother of two teens and a mini dachshund. She is a diehard optimist, although the kids know her better as ‘lame’. The dog is on the fence about it.

I am the least-cool parent my kids know. Compared to other parents, I have a big, fat goose egg for a score on the Scale of Coolness. And on the Scale of Totally Lame, I’m rocking it out with a score of waaaay over 10. So depending on who you are, I’m either a hero . . . or not.

How did I earn such a revered position in my household? It was pretty easy, actually. I started by refusing to pay my kids for household chores. I decided that if they’re living and eating and using electricity and running water, then they can contribute to the running of the household by performing the basic chores, like dishes, garbage and . . . pressure-washing the siding.

I would sometimes pay them if they did something more of a challenge to them, like cleaning the bathroom sinks, or not fighting with each other.

Another way I’ve earned their eye rolls is by expecting them to put their phones away on occasion. This no-phone rule forces us to talk in real time to each other. Admittedly, our conversations are mostly us taking turns guessing what the dog is thinking, then voicing that in what we think is his voice, but it is still communication, even if a bit weird.

Finally (and by finally, I don’t mean this is all I do to be lame, I do lots of other lame things, but I'm trying to make this a quick read): I do not condone underage drinking. And this is a biggie.

Most kids are going to attempt to drink at some point when they think they won’t get caught. As parents, we don’t have to like it or accept it, yet the cool thing nowadays is to ‘help your kids drink safely’.

Um, this doesn’t even make sense.

Why are we helping them to drink safely if they’re under age? It’s illegal.

Would you tell your child to go ahead and take the car to pick up some milk for you, if they didn’t have a license?

Why? Because it’s illegal and they could get hurt, or they could hurt others.

So why is underage drinking different than legal age drinking? Because it has the same potential bad outcomes.

I hear it all the time, that parents are buying their kids alcohol, or offering their homes for their children to have friends over and be allowed to drink. And because it’s monitored, other parents are only too happy to drop their kids off for these events.

Well, I’m not one of those parents, and that makes me uncool in the eyes of my kids and their friends - and even, to my surprise, to some of my peers.

But, my fellow parents, don’t we owe it to our kids to just say no to some things? They have the rest of their lives to be adults and drink themselves stupid, so why are we not only condoning this illegal action, but encouraging it?

I get that if kids want to drink badly enough, they will find a way no matter what. And as a loving parent, you feel you want to provide a safe place for it to happen, a place such as in your basement. But it’s still illegal, and it’s enabling your kids to potentially develop an addictive habit that could span their lifetime.

If parents stopped accepting alcohol as an integral part of growing up, and, instead, chose to be totally uncool and lame, we might just see a change for the better.