Are you a tough mudder? 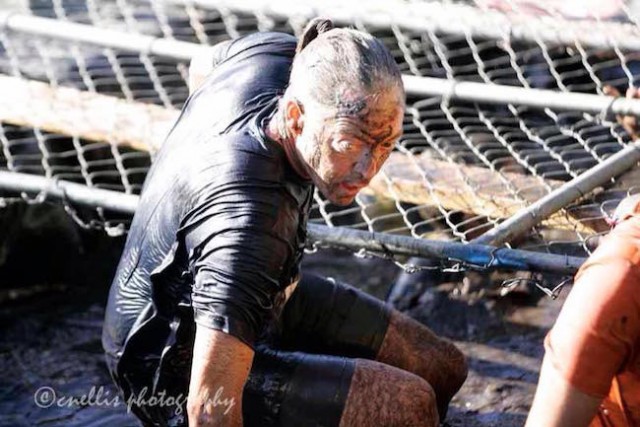 Photo: Contributed - cnellis photography
Emerging from the forced trench crawl with a new outlook on life.

A new adventure from guest writer, Kevin Ducoing. Kevin is a year-round bicycle commuter, year-round photoshopper of cats, artist, kayaker, Tough Mudderer, and drinker of beer. He lives in an almost continuous state of laughter.

Are you a Tough Mudder?

There is a type of person who needs to prove their mettle in a physical way, as a reminder that they belong to Kingdom Animalia; that fragrant, loud, irresponsible, conflicted, confusing kingdom that fascinates and inspires us fragile humans. We imitate them, carved ancient graffiti featuring them, and sometimes imagine that we possess the spirit of one. A wolf, bear, or an eagle - something powerful, and without deodorant.

This type of person is a candidate for Tough Mudder.

Today is a glorious day, a good day to die, a Klingon might say. Today is when we battle a sadistically designed obstacle course.

It is not required that you join a team. Many Tough Mudder warriors go to battle alone, but I like the strong spirit of shared experience that pervades throughout the day.

The design of a Tough Mudder course isn't the wanton brainchild of some misogynistic TV-MA-LSV basement-dwelling teenager. It is a tested and proven manifest of pain, fear, and controlled feats of challenge, originally designed by British Special Forces.

We will emerge victorious, and roundly flogged.

I recommend that you be able to run eight continuous miles, and have at least a nodding acquaintance with pull-ups and sit-ups. I do not belong to a gym, so no, cross training isn't necessary, nor is weight training. You don’t need to be a gym rat to excel in this event.

At home, I have dumb-bells, and do squats, burpees, and sit ups - standard workout fare. Mostly, due to personal preference, I run. This regimen has served me well through three Tough Mudder events in as many years, without rendering myself bedridden the day after the event. Some strength training is needed though.

My team of five, named Sparkle Pony, is now in training for what will be our fourth Tough Mudder event, coming in a few months.

When we start running the 11 mile course, we feel strong and ready to take on anything, though we're not completely sure what ‘anything’ might be. 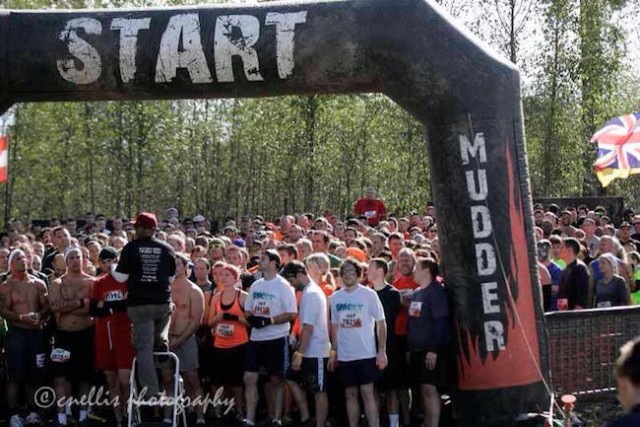 Photo: Contributed - cnellis photography
Optimism and encouragement at the gate 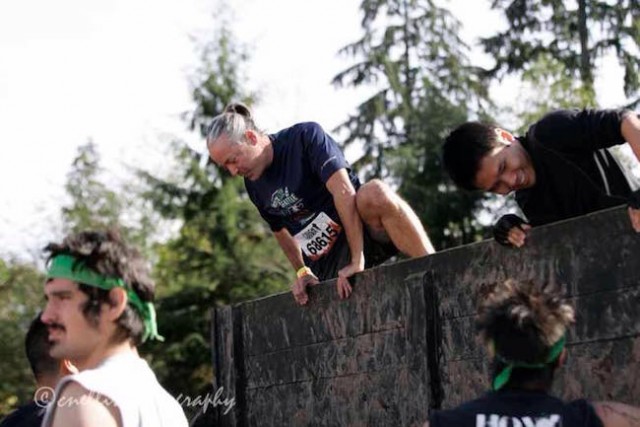 Photo: Contributed - cnellis photography
First walls are easiest, and no mud yet. 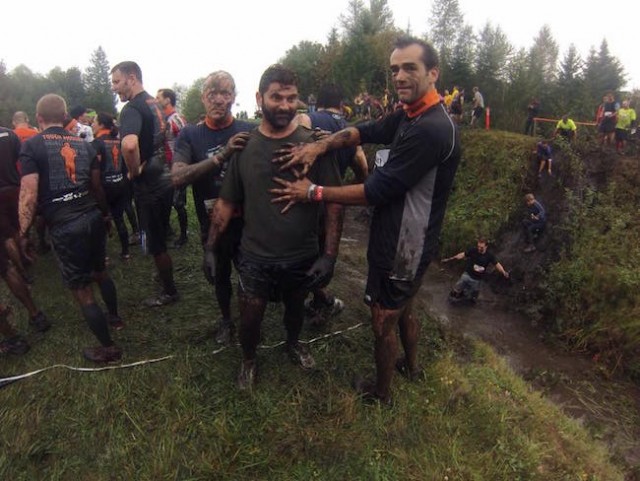 Photo: Contributed - cnellis photography
Muddy, and still enough energy to yuk it up a bit. 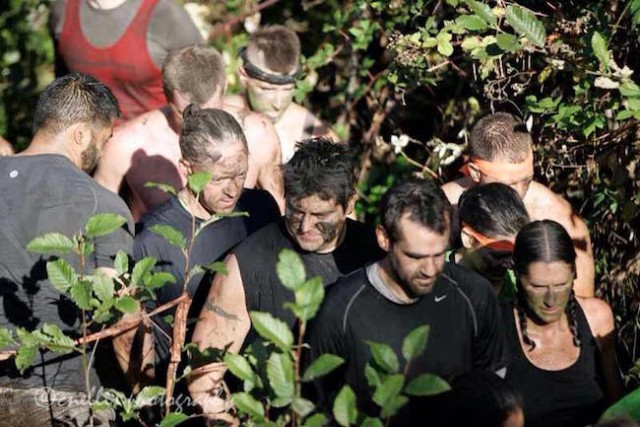 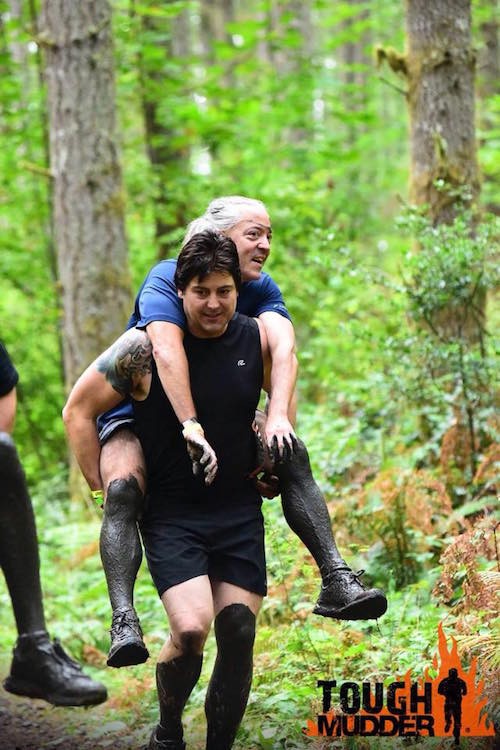 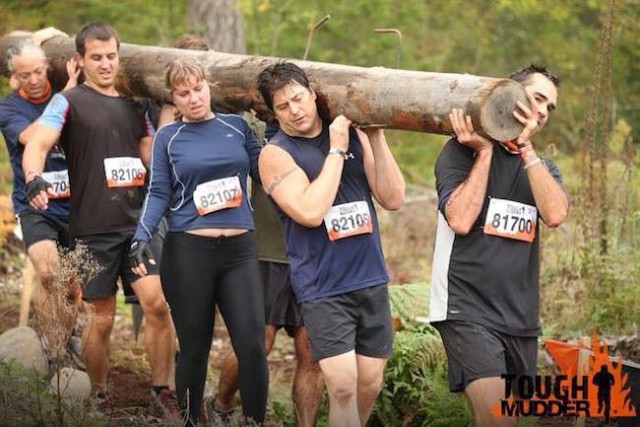 Photo: Contributed - Tough Mudder
There is no I in team, but there is a log. 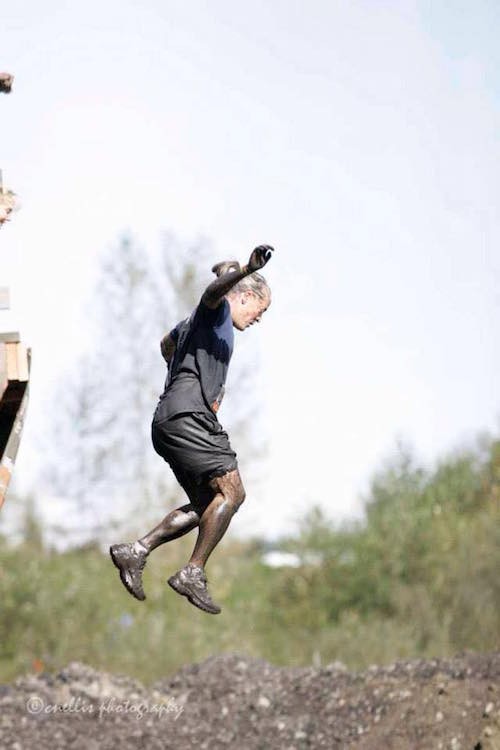 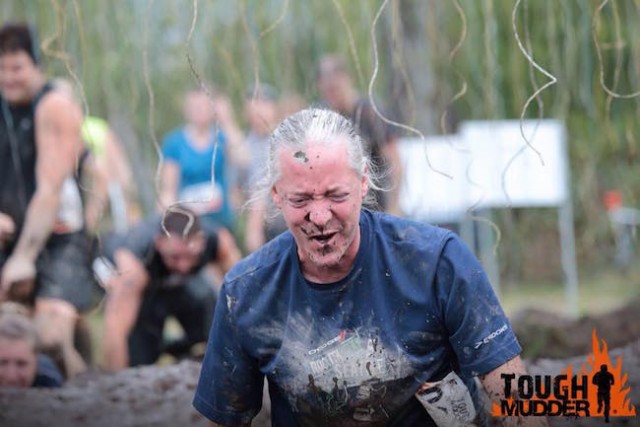 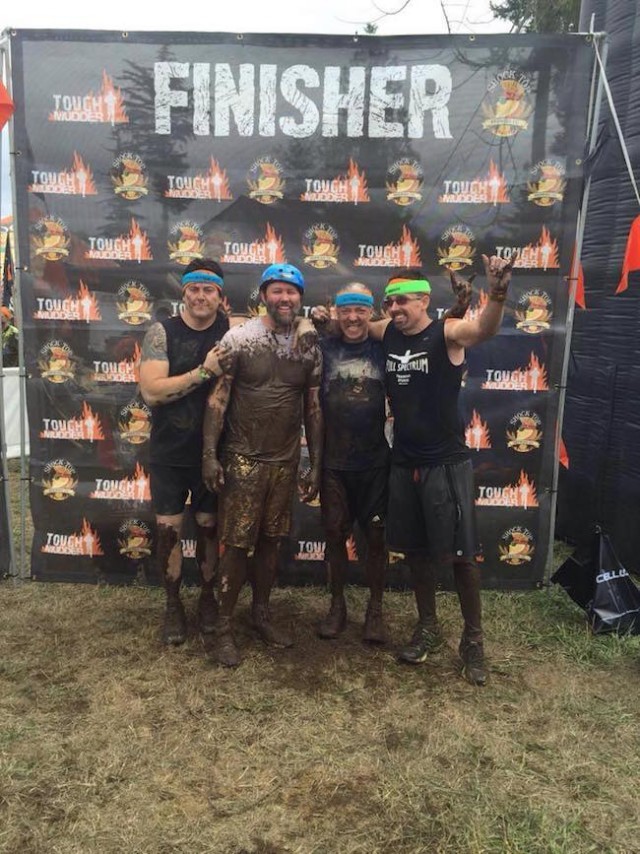 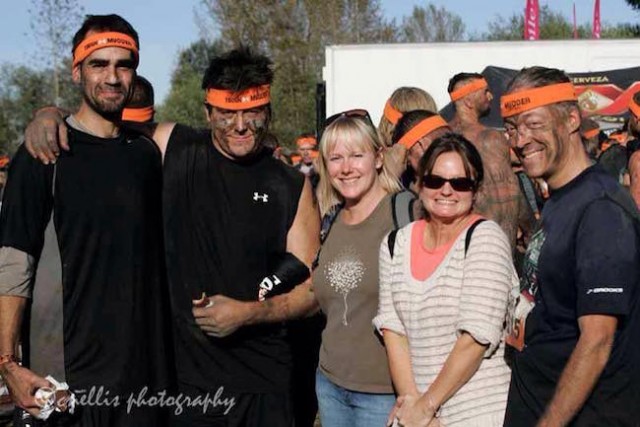 Before the event, a look at the website allows you a peek into the various crazy obstacles you may encounter, but many of the videos and pics feature the 'rock star' obstacles that get the attention of spectators who enjoy watching people wreaking havoc on their bodies.

The 'meat' of the course is the myriad smaller obstacles along the way that chip away at your strength and that thin veneer of confidence that hasn't really been tested yet. These obstacles aren't lesser, they're just not as much fun to watch. They are the bleak, humourless cousins of the exciting ones you saw on the website. They are the ones that want you to squeal like a pig.

You will be on your belly for a good amount of time, crawling through pipes to drop into pools of water, or under barbed wire through gravelly mud. Then there are the walls, the damned walls, that taunt and mock you, because if you don't climb them, well then, you're a wuss, aren't you? And deep down in your heart of hearts, you know if you don't climb, you'll be wondering for the next year if your spirit animal isn't just a cute shivering chihuahua in a petite bedazzled pink purse.

It is around Mile 7 that you begin to question your body’s ability to continue, though you still have enough strength to show your brave face. The obstacles do not let up, and some of them seem unusually cruel. You can always opt out of any obstacle, but that memory will haunt you. Best to do every last one, right?

By Mile 9, you are talking yourself through the remaining two miles: “I can run 11 miles easily.” “Why am I tired?” Ah yes, my regular training runs didn't involve crawling and swimming through purposely refrigerated 1 C degree water. Got it.

Mile 10 and 11 are my favourites, as you have given up looking good for the cameras, and your real strength emerges, allowing you to finish with a final rush of strength and Hail Mary, a moment fitting of a horror/comedy film.

The camaraderie is wonderful. The hilarity, the exhaustion, the party atmosphere at the finish line, the open air post-race shower, is worth all of it. It's time to clack celebratory bottles of beer, and then, glorious and proud, limp back to your car to reflect on a day worthy of being alive. 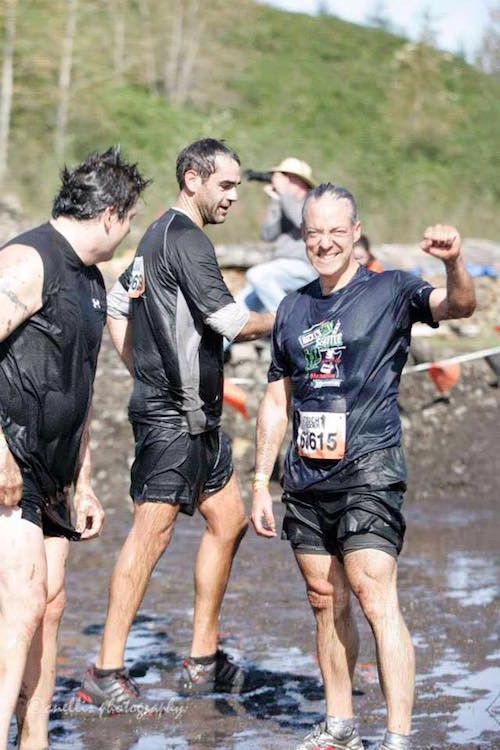 Would you do it? Take the poll