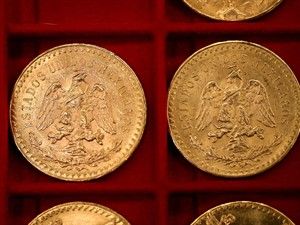 The last of a fortune of coins found in the Carson City garage of a recluse who died last summer has been auctioned off for more than $3 million.

Brittany Carlson of Silver State Coin in Reno made the winning bid Tuesday on three of the six lots, including one with 880 $20 gold Saint Gaudens that went for nearly $1.8 million.

Allen Rowe of the Carson City-based Northern Nevada Coin and Bullion bought two lots of $20 gold Liberty Heads and Indian Heads for a total of about $800,000.

The Illinois-based Rare Coin Company of America bought one lot for $630,000.

The other half of the estate sold at auction in February for about $3.5 million.