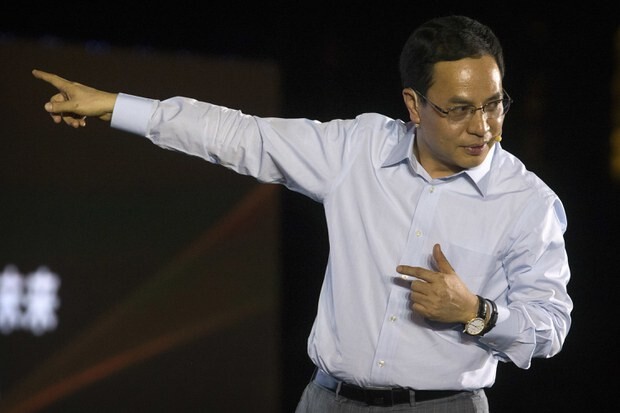 Li Hejun, who was once listed by Forbes as the richest man in China, was detained by police in the northeastern Chinese province of Liaoning on Dec. 17, Chinese media reported on Wednesday.

He had yet to be released as of Tuesday, and the reason for his detention was unclear, it said.

Meanwhile, China's Jiemian News cited an unnamed source as saying that his detention could be linked to the troubled Bank of Jinzhou, which funded its 2015 initial public offering in Hong Kong to the tune of nearly 10 billion yuan (U.S. $1.5 billion).

Li, 55, was ranked that year in the Hurun Report as the wealthiest man in China, with a personal net worth of U.S. $26 billion after shares in Hanergy rose sevenfold in the space of just 12 months.

Li was to lose a huge chunk of that wealth in May 2015, when Hanergy shares plummeted by 47% in just 20 minutes, and later delisted the company after being investigated and banned from operating in Hong Kong by its securities regulator in 2019.

Most of Li's fortune was forged on the back of massive government infrastructure spending – particularly in hydropower – during the 1990s. He owned dozens of power stations including a mega hydropower project in Yunnan, before moving into solar power.

The Bank of Jinzhou was bailed out by the Industrial and Commercial Bank of China, a pillar of the state-owned banking system, after it announced losses amounting to more than 5 billion yuan (U.S. $740 million) in 2018 and 2019.

Current affairs commentator Zong Tao said Li couldn't have gotten as rich as he did without being very well connected, and without massive government subsidies flowing to the sustainable energy sector.

"A lot of people have gotten rich and powerful in today's China thanks to key state policies, with the help of various personal connections," Zong said. "This kind of company is very common. They typically have no core technology and rely entirely on trading off government policies [and subsidies]."

A commentator who follows Hanergy, who gave only the surname Bi for fear of reprisals, said Hanergy has been in trouble for a long time now.

"The Hanergy parent group and Hanergy Thin Film Power have photovoltaic technology companies in Guiyang, Datong and Yancheng and other places," Bi said. "They are now in four or five months' worth of wage arrears, while the employee provident fund is three months in arrears and social security has been cut off for two months."

"Li Hejun ... is in arrears with a lot of project funding and with employee wages," he said.

However, many of the facilities remain unfinished, prompting financial disputes with local governments and banks, it said.

Ma, once a prominent figure among China's wealthiest people, has kept a low profile since the government pulled the plug on Ant Group's highly anticipated initial public offering in November 2020 and hauled him into a meeting after he criticized government financial policy.

While Ma was initially lionized by state media as a loyal entrepreneur and billionaire, his huge wealth and power were increasingly seen as a threat to the ruling Chinese Communist Party's authority, analysts said at the time.