Canadians think the call came from inside the White House: Jan. 6 hearings to resume

Did Trump make the call? 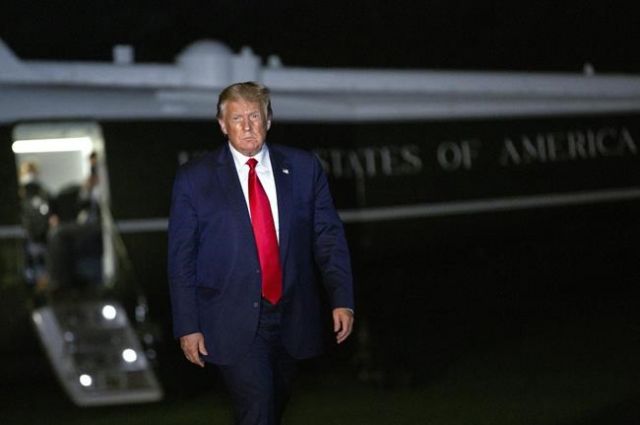 A new poll suggests one in three Canadians have been keeping close tabs on the Jan. 6 hearings in the United States — and that nearly three in four blame Donald Trump for the riots.

Leger's online poll, conducted in August for the Association for Canadian Studies, found 37 per cent of respondents in Canada and 44 per cent in the U.S. were watching the hearings closely.

Just over half the American respondents, 54 per cent, said the former president is responsible for the Capitol Hill riots, compared with 72 per cent in Canada.

The select committee investigating Jan. 6 is set to hold its next hearing Wednesday, likely the last before the midterms in November.

The poll, which surveyed 1,509 respondents in Canada and 1,002 in the U.S. shortly after the hearing in July, does not carry a margin of error because online surveys are not based on random samples.

A final report on the committee's findings is expected before the end of the year, but it's unclear if it will be released before election day Nov. 8.

The level of Canadian interest in the hearings is likely more to do with a persistent fascination with Trump and his ever-evolving legacy than anything else, said association president and CEO Jack Jedwab.

The former president "has left a lingering bad feeling for most Canadians," who were by and large not supportive of his presidency or its impact on Canada-U.S. relations, Jedwab said.

"Trump is seen as someone who soured relations between the two countries and as the object of considerable mistrust."

The poll, which was conducted before Pierre Poilievre claimed the leadership of the Conservative party, also broke down the Canadian participants by party affiliation.

Maxime Bernier's hard-right People's Party of Canada was the only party where a majority — 57 per cent — said they want to see Trump run for president again in 2024, with 25 per cent opposed and 18 per cent refusing to say.

Among Conservatives, 28 per cent said they would support Trump for the nomination, compared with 64 per cent who disagreed. Opposition to a Trump candidacy ran close to 90 per cent among Liberal, NDP and Green Party supporters, and reached 95 per cent among backers of the Bloc Québécois.

Ever since the hearings began in June, the committee — led by Mississippi Democrat Rep. Bennie Thompson and Wyoming Republican Rep. Liz Cheney — has unspooled a narrative tying the riots to the Trump White House.

That link got a boost Sunday when former committee staffer Denver Riggleman told "60 Minutes" of a phone call on Jan. 6 between one of the rioters and someone in the White House.

"You get a real 'Aha' moment when you see that the White House switchboard had connected to a rioter's phone while it's happening," Riggleman said. The identity of who was on the phone in the White House remains a mystery, he added.

"The American people need to know that there are link connections that need to be explored more."

Committee member Rep. Jamie Raskin acknowledged that evidence Sunday, calling it just one of many clear links between the White House and the people who stormed the Capitol on Jan. 6.

"We're interested in telling the big story, which is this was an organized, premeditated, deliberate hit against the vice-president and the Congress to overthrow the 2020 presidential election," Raskin told "Meet the Press."

"What we're going to do on Wednesday is fill in those details that have come to the attention of the committee over the last five or six weeks."

The committee could also spell out what, if anything, it has learned from former Republican speaker Newt Gingrich and his role in promoting the defeated president's persistent claims of election fraud.

Thompson wrote to Gingrich earlier this month about evidence that he said shows Gingrich "was involved in various other aspects of the scheme to overturn the 2020 election and block the transfer of power," including after Jan. 6.

The riots, which grew out of a sprawling protest among Trump supporters on the very day Congress was certifying Joe Biden's election win, provided a dramatic and deadly exclamation point for the most turbulent presidency in modern history.

And the hearings, having exploded the notion that the chaos was simply a protest that got out of hand, have proven an unlikely summer blockbuster, thanks to the help of former ABC News president James Goldston.

The committee heard how Pence averted a constitutional crisis by ignoring Trump's demands to reject the election results, and remained on the congressional grounds even as protesters cried out for his violent ouster.

Members listened to former White House counsel Pat Cipollone's account of a chaotic meeting of Trump's fringe advisers, who were desperate for a way to keep the president in power, the night before.

That meeting included a draft executive order that would have made Trump campaign lawyer Sidney Powell a special counsel with the power to order the U.S. military to seize voting machines from across the country.

After the meeting dissolved into frustration, the president issued his fateful late-night tweet luring supporters to D.C.: "Will be wild," he wrote.

And Cassidy Hutchinson, an aide to Trump's chief of staff Mark Meadows, told the committee how the president urged the Secret Service to stop screening protesters for weapons, saying, "They're not here to hurt me."

And she described hearing of an infuriated Trump lunging for the steering wheel of his SUV when members of his Secret Service detail refused to take him to the Capitol.