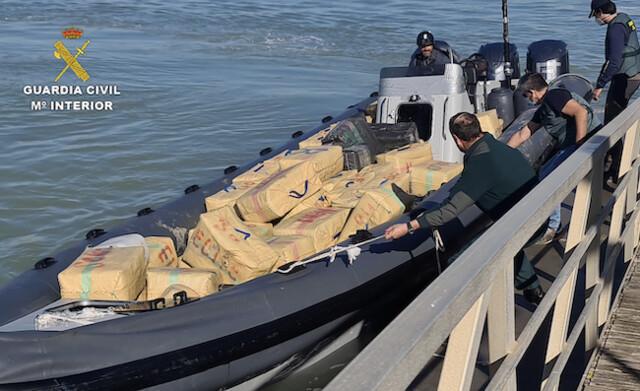 The gang was believed to be the biggest operating in Spain, regularly bringing up to 20 metric tons (19.7 tons) of hashish a month from North Africa to the Iberian peninsula, a Guardia Civil statement said.

The smugglers were heavily armed, police said, because rival gangs commonly attempt to steal the drugs, which landed on the southern Spanish coast near Cadiz and along the River Guadalquivir, according to the statement.

The operation involved about 400 police officers and began in December 2021 after authorities became aware of the gang.

The smugglers were well organized, police said, with separate groups in charge of loading, high-speed motorboats, fuel supplies and food.