Saudi King out of hospital 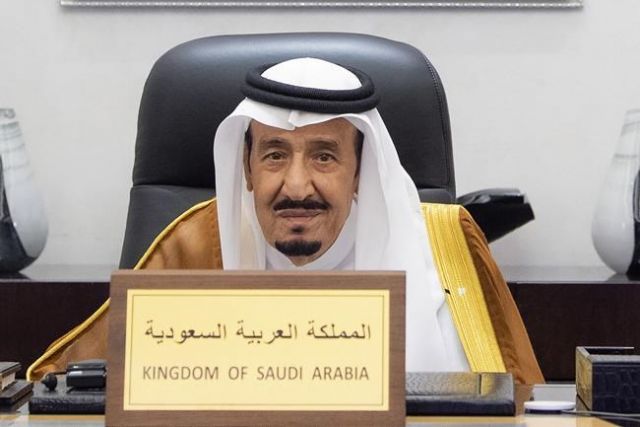 King Salman of Saudi Arabia was discharged from the hospital and slowly walked with the aid of a cane Sunday evening after a colonoscopy a week earlier, according to a video released by the royal court.

The 86-year-old monarch's health is closely watched as he wields absolute power in the country, which is one of the world's biggest oil producers. His designated successor and 36-year-old son, Crown Prince Mohammed bin Salman, is already running the country's day-to-day affairs.

In the brief video, the monarch is seen leaving King Faisal Specialist Hospital in the city of Jiddah accompanied by an entourage of officials, including the crown prince and the region's governor, Prince Khalid bin Faisal.

Following his procedure, which was reported May 8, state-run media said doctors had instructed King Salman to stay in the hospital for a while to rest.

Weeks earlier, he had the battery of his pacemaker changed. In 2020, the king underwent surgery to remove his gallbladder after a stint in the hospital.

The monarch ascended to the throne in January 2015 after the death of his half-brother, King Abdullah.