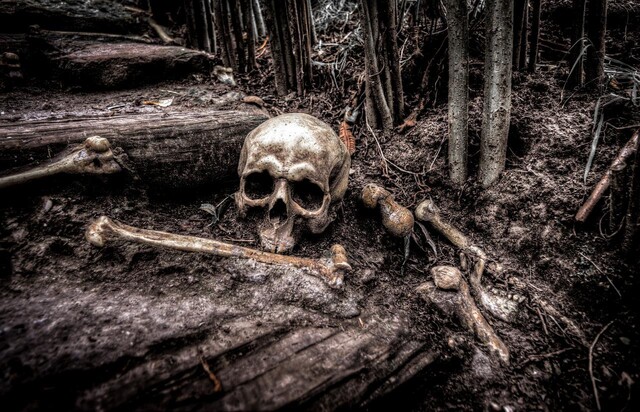 When Mexican police found a pile of about 150 skulls in a cave near the Guatemalan border, they thought they were looking at a crime scene, and took the bones to the state capital.

It turns out it was a very cold case.

It took a decade of tests and analysis to determine the skulls were from sacrificial victims killed between A.D. 900 and 1200, the National Institute of Anthropology and History said Wednesday.

“Believing they were looking at a crime scene, investigators collected the bones and started examining them in Tuxtla Gutierrez,” the state capital, the institute, known as INAH, said in a statement.

The police in 2012 weren’t being stupid; the border area around the town of Frontera Comalapa in southern Chiapas state has long been plagued by violence and immigrant trafficking. And pre-Hispanic skull piles in Mexico usually show a hole bashed through each side of every skull, and were usually found in ceremonial plazas, not caves.

But experts said Wednesday the victims in the cave had probably been ritually decapitated and the skulls put on display on a kind of trophy rack known as a “tzompantli.” Spanish conquistadores wrote about seeing such racks in the 1520s, and some Spaniards’ heads even wound up on them.

While usually strung on wooden poles using holes bashed through them — the common practice among the Aztecs and other cultures — experts say the cave skulls may have rested atop poles, rather than being strung on them.

Interestingly, there were more females than males among the victims, and none of them had any teeth.

“When people find something that could be in an archaeological context, don't touch it and notify local authorities or directly the INAH,” he said.