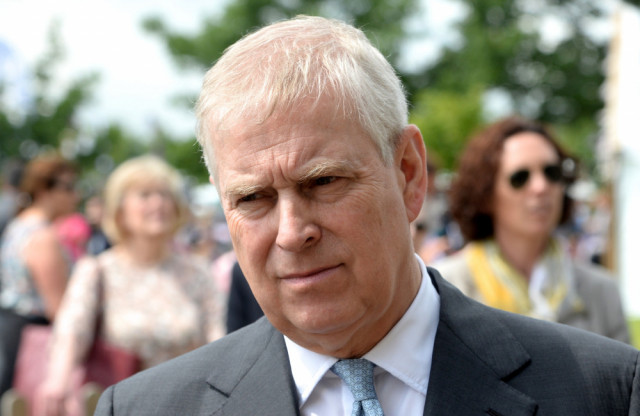 Prince Andrew is to face a civil case in the U.S. over allegations he sexually assaulted a woman when she was 17.

On Wednesday, a Manhattan federal court judge ruled that a lawsuit brought by accuser Virginia Giuffre can move forward.

Giuffre has long accused deceased billionaire financier and convicted sex offender Jeffrey Epstein and his one-time girlfriend Ghislaine Maxwell of arranging and forcing her into having sex with Prince Andrew in 2001, when she was 17. She claims her alleged abuse at the hands of the pair involved being lent out to powerful men.

On Dec. 29, Maxwell, 60, was convicted by a jury on five sex trafficking-related counts which carry a potential custodial sentence of up to 65 years' imprisonment.

Giuffre filed a civil suit against Andrew on Aug. 9, 2021, using a New York state law that allows survivors of childhood sexual abuse to sue, regardless of whether the alleged crimes took place outside the statute of limitations.

Andrew - the son of British monarch Queen Elizabeth - has always denied Giuffre's allegations and his legal team argued to get her lawsuit dismissed citing a 2009 deal and $500,000 settlement she agreed with Epstein.

However, the New York judge ruled the case could continue.

The motion to dismiss the lawsuit was outlined in a 46-page decision by Judge Lewis A Kaplan of the United States District Court for the Southern District of New York.

In his ruling for the case to continue, Judge Kaplan said his decision did not determine the "truth or falsity" of Giuffre's complaint.

Giuffre issued a statement in the wake of the ruling, saying she was "pleased" that Andrew's attempt to dismiss her lawsuit had been denied and "that evidence will now be taken concerning her claims against him."

In a statement, Giuffre’s lawyer David Boies said: "Virginia Giuffre is pleased that Prince Andrew's efforts to avoid a trial have been rejected and that evidence will now be taken on her claims against him. She looks forward to a judicial determination of the merits of those claims."

Andrew, 61, stated in an interview with BBC Newsnight in 2019 that he had no recollection of ever meeting Giuffre, despite there being a photo of them together with Maxwell, and insisted that her account of them having sex in the U.S. and U.K. "didn't happen."

When asked by journalist Emily Maitlis if he remembered Giuffre, he answered: "No, I've no recollection of ever meeting her."