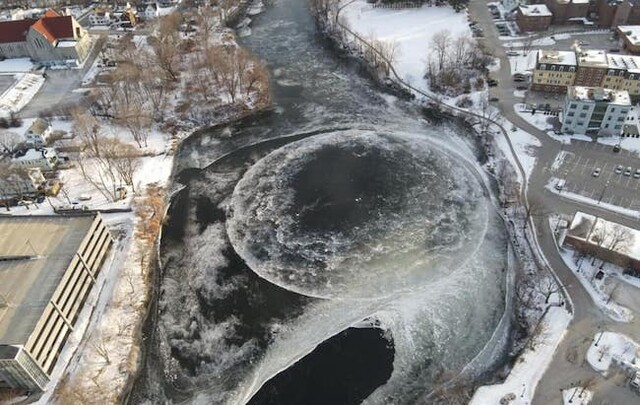 The disk has begun to form in the Presumpscot River, where it partially formed in 2020 but failed to draw a worldwide audience like in its first appearance in 2019.

Westbrook city officials shared photos of the formation Wednesday on Facebook, encouraging residents to share more images of the disk while it’s still around.

Ice disks form as a result of a current and vortex under the ice. Ice sheets begin to spin and then form into circles. But ice disks this large rarely form in locations like Westbrook.

City officials discouraged anyone from attempting to go out on the ice: "It is not safe."

Three years ago, a 100-yard-wide ice formation appeared in the river for the first time and brought international attention to Westbrook before it dissipated with the advent of warmer weather.