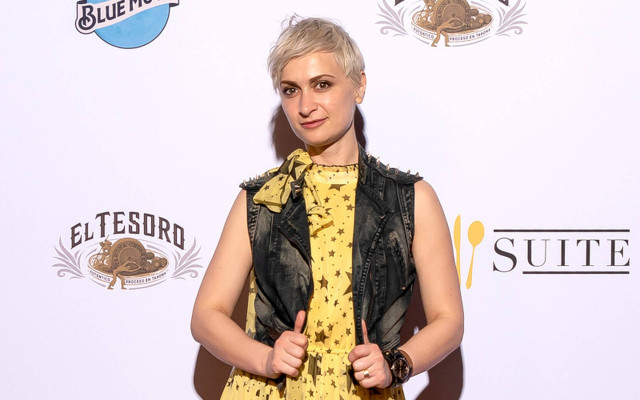 Halyna Hutchins was laid to rest at a private ceremony over the weekend.

The cinematographer tragically lost her life last month, after a prop gun wielded by Alec Baldwin on the set of the Western Rust at Bonanza Creek ranch near Santa Fe, New Mexico, containing live rounds was accidentally discharged by the actor.

Ahead of the service, her widower Matthew, who shares nine-year-old son Andros with Halyna, revealed close family and loved ones would gather to scatter his late spouse's ashes.

He told Deadline in a statement: "Halyna was the love of my life, and our loss of her has devastated our family's dreams. We feel the silence of her being forever gone as a suffocating stillness in our home.

"Our love and adoration for her grows as we tell her story, and we hope her work can inspire filmmakers and storytellers around the world. We thank the many generous supporters who have been so thoughtful in our time of loss."

An investigation is underway and filming has been halted on the movie - in which Alec plays the titular role of infamous outlaw Harland Rust - while producers offered psychological support to anyone affected by the tragedy.

A spokesperson for Rust Movies Productions LLC said recently: "The entire cast and crew has been absolutely devastated by today's tragedy, and we send our deepest condolences to Halyna's family and loved ones.

"We have halted production on the film for an undetermined period of time and are fully cooperating with the Santa Fe Police Department's investigation.

"We will be providing counseling services to everyone connected to the film as we work to process this awful event."

Despite this, last week a Rust crew member sued Alec and others for negligence, with chief electrician Serge Svetnoy claiming he is suffering "severe emotional distress" following the shooting.

Serge filed a civil lawsuit in Los Angeles, and in doing so became the first member of the motion picture's crew to take legal action against Rust Movie Productions LLC.

Speaking at a Beverly Hills news conference last week, the gaffer - who cradled Halyna in his arms as she lay dying following the incident - said: "I still cannot believe that she is no longer with us.

"What a tragedy and injustice when a person loses her life on (a) film set while making art."