Police: Parade-crash suspect was in a domestic disturbance

Suspect was in a domestic 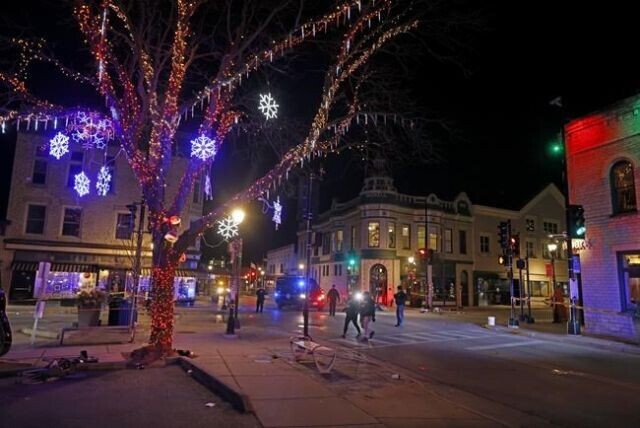 The man suspected of plowing his SUV into a Christmas parade in suburban Milwaukee, killing at least five people and injuring 48, had left the scene of a domestic dispute just minutes before, Waukesha's police chief said Monday.

Police Chief Dan Thompson said there is no evidence the crash on Sunday was a terrorist attack or that the suspect, Darrell Brooks Jr., knew anyone in the parade.

The chief said police were drawing up five charges of intentional homicide against Brooks, 39, of Milwaukee.

A joyous scene of marching bands and children dancing in Santa hats and waving pompoms gave way in an instant Sunday to screams and the sight of crumpled bodies as the SUV sped through barricades and struck dancers, musicians and others. Members of a “Dancing Grannies” club were among those killed, as was an employee of Citizens Bank.

Thompson identified those killed as four women ages 52 to 79 and an 81-year-old man.

“It looked like dummies being thrown in the air,” said Nicole Schneiter, who was there with her children and grandchildren. “It took a second to register, like, ‘Is that what we really just saw?’ And then you looked in the road and there were just people laying in road.”

At least nine patients — most of them children — were listed in critical condition Monday at two hospitals, and seven others were reported in serious condition.

According to the chief, police were not pursuing the suspect when he entered the parade route, but an officer did fire a shot to try to stop him but ceased firing because of the danger to others. The driver was not injured.

Brooks has two open criminal cases in Milwaukee County. In one case, filed Nov. 5, he is charged with resisting or obstructing an officer, reckless endangering, disorderly conduct, bail jumping and battery. Records show $1,000 cash bond was posted on Friday.

In the other case, filed in July 2020, Brooks is charged with reckless endangering and illegal possession of a firearm.

In the more recent one, a woman told police that Brooks deliberately ran her over with his vehicle in a gas station parking lot after a fight. She was hospitalized for her injuries.

A person taken into custody after an SUV plowed into holiday parade in Wisconsin, killing at least five people, has been identified as 39-year-old Darrell Brooks.

Police haven't yet identified the “person of interest” they are holding. But two law enforcement officials briefed on the matter provided the identification to The Associated Press. They spoke on condition of anonymity because they were not authorized to discuss the matter publicly.

In the other case, filed in July 2020, Brooks is charged with reckless endangering and illegal possession of a firearm.

Investigators are looking into whether the driver was fleeing from a crime, a law enforcement official told The Associated Press.

The joyous scene of marching bands and children dancing in Santa hats and waving pompoms turned deadly in an instant on Sunday, as the SUV sped through barricades and struck dancers, musicians and others.

One video showed a woman screaming, “Oh my God!” repeatedly as a group of young dancers was struck. A father talked of going “from one crumpled body to the other” in search of his daughter. Members of a “Dancing Grannies” club were among those killed.

One person was taken into custody after a Waukesha police officer opened fire to try to stop the vehicle, authorities said.

Investigators were questioning the driver about an earlier crime, which the official described to AP as an argument involving a knife. The official, who cautioned the investigation was still in the early stages, was not authorized to discuss the case publicly and spoke to the AP on condition of anonymity.

Waukesha Police Chief Dan Thompson said that he did not know if the driver was hit by the officer’s bullets but that no bystanders were wounded.

On its social media account, the city of Waukesha put the number of dead at at least five.

The horror was recorded by the city’s livestream and onlookers' cellphones. One video shows the moment the SUV broke through the barricades and the sound of what apparently were several gunshots.

Another video shows a young child dancing in the street as the SUV speeds by, just a few feet from her, before it hurtles into parade participants a few hundred feet ahead. One video, of dancers with pompoms, ends with a group of people tending to a girl on the ground.

“There were pompoms and shoes and spilled hot chocolate everywhere. I had to go from one crumpled body to the other to find my daughter,” Corey Montiho, a Waukesha school district board member, told the Milwaukee Journal Sentinel. “My wife and two daughters were almost hit. Please pray for everybody. Please pray.”

The Milwaukee Dancing Grannies posted on its Facebook page that some of its members were among the dead. The organization describes itself as a “group of grannies that meet once a week to practice routines for summer and winter parades.”

“Our group was doing what they loved, performing in front of crowds in a parade putting smiles on faces of all ages, filling them with joy and happiness,” the post said.

“Those who died were extremely passionate Grannies. Their eyes gleamed ... joy of being a Grannie. They were the glue ... held us together.”

A Roman Catholic priest, parishioners and Waukesha Catholic schoolchildren were among those injured, the Archdiocese of Milwaukee said.

Chris Germain, co-owner of the Aspire Dance Center studio, had about 70 people in the parade, including children as young as 2 being pulled in wagons and participants up to 18 years old.

Germain, whose 3-year-old daughter was in the parade, said he was driving at the head of their entry when he saw a maroon SUV that “just blazed right past us.” A police officer ran past in chase. Germain said he jumped out of his own SUV and gathered the girls who were with him to safety.

“There were small children laying all over the road. There were police officers and EMTs doing CPR on multiple members of the parade,” he said.