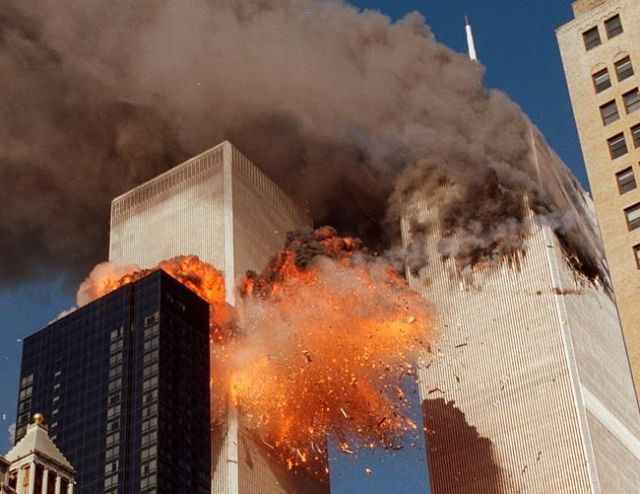 Fiery explosions, the innocent falling from the sky, presidential vows of vengeance: America's 20-year war on terror seemed to end much the way it began.

The searing parallels that bookend the two decades — shaken commanders-in-chief promising retribution for a devastating suicide attack; triumphant Taliban militants in Afghanistan and a military transport fleeing Kabul — might suggest little has changed.

Of course, since Sept. 11, virtually everything has.

The south tower of the World Trade Center had just collapsed, acrid black smoke was pouring from the Pentagon, United Airlines Flight 93 was on a collision course with the U.S. capital and Michael Kergin's phone was ringing.

It was Jean Chrétien, calling to check in with his U.S. ambassador and the more than 300 panic-stricken people who were still holed up inside Canada's embassy in Washington, just a short distance away from an evacuated Capitol Hill.

"He said, 'The world will never be the same again,'" Kergin recalled in an interview. "That was a pretty prescient comment, that early on."

Not even the prime minister's crystal ball, however, could have predicted America's two-decade voyage through Lewis Carroll's looking-glass.

A nation united in fury forgot, however briefly, the social and political fissures apparent in a deadlocked 2000 presidential election that it took the Supreme Court to resolve. Today, Americans find themselves on opposite sides of an ever-widening political chasm.

In 2001, they rallied around Rudy Giuliani, christening him "America's mayor" for his cool head in the aftermath of the attacks. In 2021, the once-legendary litigator is a conspiracy-addled laughingstock, at least in liberal-democrat circles.

And after two terms of Barack Obama, the country's first Black president, the right embraced a crass and caustic New York real estate tycoon whose unapologetic nationalism and intolerance allowed baser instincts to knock traditional American values from their pedestal.

The end of the Cold War in the early 1990s fuelled a decade of American confidence that came flying apart on Sept. 11, said Roy Norton, a career diplomat who was in charge of international relations for the Ontario government in 2001.

"It was a dawning of a new reality that maybe this wasn't going to last forever, this period of unrivalled hegemony," Norton said.

"Shockingly, it didn't take Japan or Germany or Russia to disrupt the new equilibrium. It took some guy in a hovel in Afghanistan."

Spencer Ackerman, the national-security journalist and Daily Beast contributing editor, says the ensuing instability, fear and nationalistic vitriol led directly to the rise of America's most controversial and divisive president.

It all happened under the cover of a "patriotic veil of righteous vengeance," Ackerman argues in his new book, "Reign of Terror: How the 9/11 Era Destabilized America and Produced Trump."

"The forces that the United States unleash after 9/11 ... essentially represent a door to the most violent, the most unjust, and the most nativist currents in American history," Ackerman told a Cato Institute panel last month.

Rattled to their core by an ill-defined and ill-equipped enemy's ability to bring the world's most powerful nation to its knees, he said, a growing faction of America's political right began to look further and further afield for answers.

"They turned towards explanations that have much more to do with internal subversion and internal betrayal of what America is supposed to be, not just supposed to do," Ackerman said.

"This is how you get someone like Donald Trump coming down the gilded escalator at Trump Tower.... This becomes a way to use the war on terror against foes inside the United States against whom a real reckoning needs to happen."

The differences have become most evident during the COVID-19 pandemic, said Jeh Johnson, who was secretary of homeland security during Obama's second term.

"The principal threats to our security, in my judgment, are global warming, cybersecurity, the threat of terrorism and, frankly, a partisan, divided government with an inability to respond to those threats," Johnson told a recent panel discussion hosted by the D.C.-based Bipartisan Policy Center think tank.

He described how in the hours and days after 9/11, U.S. flags and hand-lettered expressions of patriotism appeared over every highway overpass, the country rallied behind the idea of invading Afghanistan, and Americans jumped at the chance to join the military.

Compare that to the divisive, partisan response to the COVID-19 pandemic and it's hard not to wonder how the U.S. would deal with a similar crisis, he said.

"I do worry that if there were another large-scale terrorist attack on our nation, our government would have an inability to effectively respond in a manner that requires a lot of bipartisanship from our Congress and in our executive branch."

Sarah Kreps, a professor of law and government at Cornell University, was a foreign-area officer in the U.S. Air Force the day the towers fell — a cataclysm that shattered the world's sense of post-Cold War security.

But Kreps said she believes that even though the U.S. appetite for long-term military intervention is at a low ebb, the likely consequences of the American pullout from Afghanistan could ultimately change that.

"I think what we're seeing, in this kind of full-circle way, is the empowerment and the elevation of these voices in foreign policy that have been relatively at the margins for the last few years," she said in an interview.

Others, too, are holding out optimism for the country's political future.

Former Senate majority leaders Trent Lott and Tom Daschle credit their mutual sense of respect for helping them steer their respective parties through an evenly but bitterly divided chamber in 2001.

"My message is, this too shall pass," added Lott, his Republican counterpart.

"There are going to be some men and some women that are going to step up in this government and in the Congress and say, 'We're going to get this job done.' I hope it's soon."