'Stop the pain,' a brother of George Floyd tells Congress 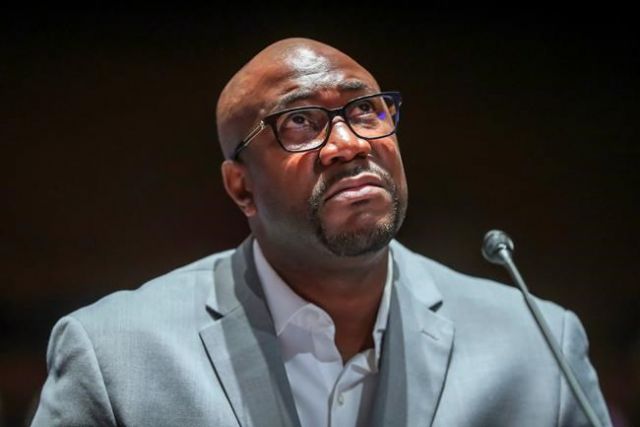 Philonese Floyd challenged Congress on Wednesday to “stop the pain" so that his brother George wouldn't be just "another name” on a growing list of those killed during interactions with police.

Floyd's appearance before a House hearing came a day after funeral services for his bother, the 46-year-old Minnesota man whose death has become a worldwide symbol in demonstrations over calls for changes to police practices and an end to racial prejudices.

“I’m here today to ask you to make it stop. Stop the pain,” Philonese Floyd told the silenced hearing room.

Choking back tears, he said he wants to make sure that his brother, whom he called “Perry,” is “more than another face on a t-shirt. More than another name on a list that won’t stop growing.”

Floyd directly challenged lawmakers to step up. "The people marching in the streets are telling you enough is enough. Be the leaders that this country, this world, needs. Do the right thing.”

House Judiciary Committee Chairman Jerrold Nadler gaveled in the session as Democrats review the Justice in Policing Act, a far-ranging package of proposals amid a national debate on policing and racial inequity in the United States.

Lawmakers will also hear testimony from civil rights and law enforcement leaders at the congressional hearing on proposed changes to police practices and accountability after the Minnesota man’s death in police custody and the worldwide protests that followed.