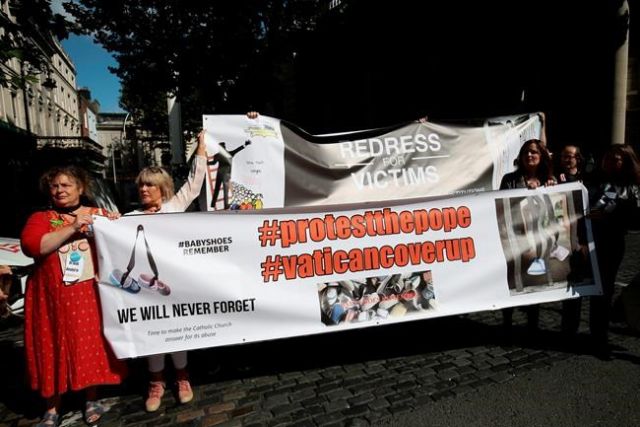 Pope Francis declared Saturday as he arrived in Ireland that he shares the outrage of rank-and-file Catholics over the coverup of the "repugnant crimes" of priests who raped and molested children, and vowed that he was committed to ending the "scourge."

Seeking to respond to a global outcry over sex abuse by priests, Francis cited measures taken by his predecessor, Pope Benedict XVI, to respond to the crisis. But Benedict never acknowledged the Vatican's role in fueling a culture of coverup, and Francis provided no new details of any measures he would take to sanction bishops who fail to protect their flocks from predator priests.

"The failure of ecclesial authorities — bishops, religious superiors, priests and others — to adequately address these repugnant crimes has rightly given rise to outrage, and remains a source of pain and shame for the Catholic community. I myself share these sentiments," the pope said in a speech to government officials and civil authorities at Dublin Castle.

Francis said he was committed to ridding the church of this "scourge" no matter the moral cost or amount of suffering.

Francis' trip to Ireland, the first by a pope in 39 years, has been overshadowed by renewed outrage over the Catholic Church's systemic failures to protect children, following revelations of sexual misconduct and coverup in the U.S. church hierarchy, a growing crisis in Chile and the prosecutions of top clerics in Australia and France.

Francis was expected to meet with abuse victims during his 36-hour visit to Ireland. But neither his words at the start of his visit nor a new meeting with victims is likely to assuage demands for heads to roll over the sex abuse scandal.

Perhaps in an indication of similar sentiments, the reception Francis received in Dublin contrasted sharply with the raucous, rock star welcome that greeted St. John Paul II in 1979. No one from the public was at the airport or the roads nearby, though by late afternoon crowds had started to grow outside Dublin's cathedral, basking in gloriously sunny weekend weather.

Deeply Catholic Ireland has had one of the world's worst records of clergy sex abuse, crimes that were revealed to its 4.8 million people over the past decade by a series of government-mandated inquiries. The reviews concluded that thousands of children were raped and molested by priests or physically abused in church-run schools and bishops worked for years to hide those crimes.

After the Irish church atoned for its past and enacted tough new norms to fight abuse, it had been looking to the first visit by a pope in 40 years to show a different, more caring church that understands the problems of ordinary Catholic families.

More than 37,000 people — most of them young Catholics — signed up to attend a Vatican-sponsored World Meeting of Families that ends Sunday in Dublin, more than twice the number as a previous family rally in Philadelphia three years ago.

And many faithful did remain hopeful that Francis' appearance would bring healing.

"I see a lot of new life amongst young people who have a deep committed faith, Catholic faith," said Sean Ascogh, a churchgoer in Blessington southwest of Dublin. "Obviously, they are very disappointed by what has been happening in the church in the last few years, particularly the whole abuse scandals, but I think people can see beyond that."

Francis urged the Irish to do just that, to recognize that for all its failings, the Catholic Church has educated and cared for generations of Irish children in times of famine and great poverty, when no one else would.

"The church in Ireland, past and present, has played a role in the welfare of children that cannot be obscured," the pope said. "It is my hope that the gravity of the abuse scandals, which have cast light on the failings of so many, will serve to emphasize the importance of the protection of minors and vulnerable adults on the part of society as a whole."

Irish Prime Minister Leo Varadkar concurred, saying the church stepped in to care for Irish children when the state did not. But in his speech to the pope at Dublin Castle, he said both church and state had a history of "sorrow and shame," and he urged the pope to ensure that victims of sex abuse find "justice and truth and healing." 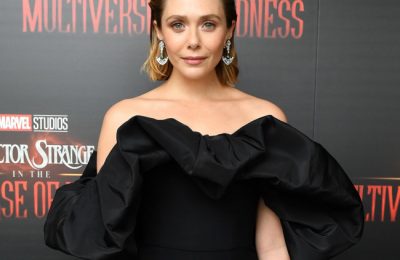