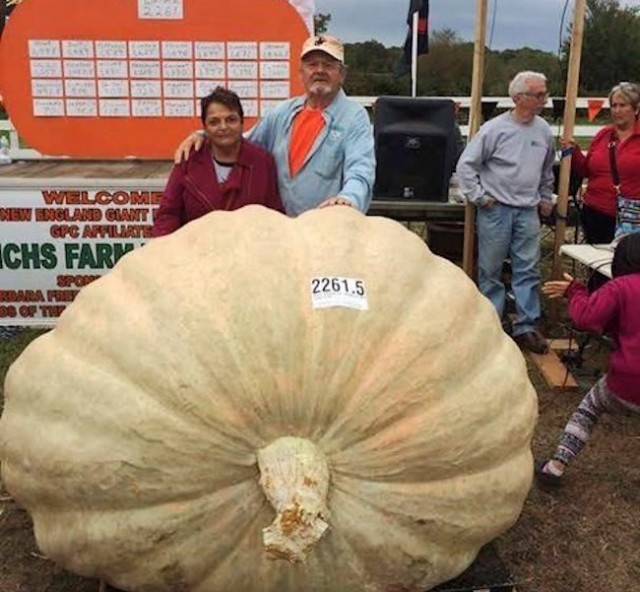 A Rhode Island man has squashed a record set by his son by taking first prize in a pumpkin contest with a 2,261.5-pound gourd.

Ron Wallace was the first person in the world to break the 1-ton barrier when he grew a 2,009-pound pumpkin in 2012.

The younger Wallace said last year that his secret is "a lot of hard work" and what he calls the Wallace organic wonder fertilizer.

Frerichs Farm has hosted the event since 2000.