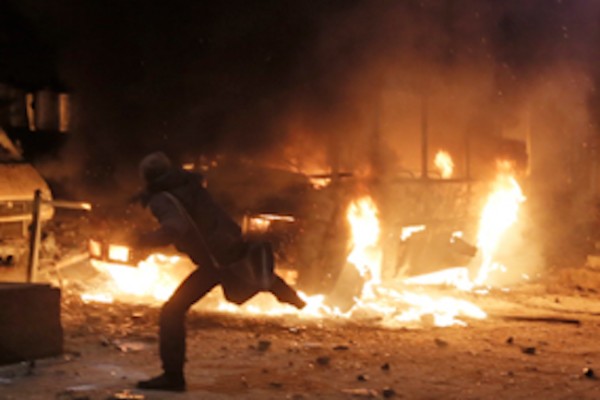 Trust in elected leaders has fallen sharply, a global survey revealed Monday, citing the protracted budget battle in Washington that nearly saw the U.S. default on its debts and Europe's stuttering response to its debt crisis as key reasons for the drop.

Ahead of the gathering of political and business leaders in the Swiss resort of Davos, the public relations firm Edelman found that only 44 per cent of university-educated people participating in the survey trusted government, down 4 percentage points from the previous year. As recently as 2011, trust in politicians stood at 52 per cent.

The 2014 Edelman Trust Barometer found the largest-ever gap in its 14-year history — 14 points — between trust in government and trust in business.

"This is a profound evolution in the landscape of trust from 2009, where business had to partner with government to regain trust," agency CEO Richard Edelman said.

The U.S. saw a dramatic 16 percentage point fall in the level of political trust to 37 per cent, which Edelman attributed to a number of factors, including the debt ceiling standoff in Congress, the revelations of widespread snooping by the National Security Agency and the calamitous start of President Barack Obama's health reform website.

In Europe, the numbers were similarly dispiriting for elected leaders.

One country that saw plunging trust in government was France, where there's growing concern over the inability of President Francois Hollande's government to get the economy going. According to the survey, only 32 per cent in France trust government, down 17 percentage points.

The online survey queried 27,000 people in 27 countries, and broke down results between the general population and a smaller sample of university-educated people. It was conducted last year between Oct. 16 and Nov. 29.