What will new Kelowna city council's legacy be? 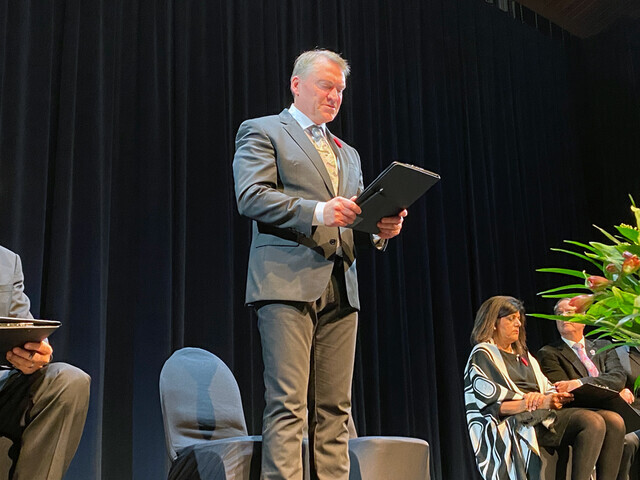 With the 2022-2026 Kelowna mayor and city councillors sworn in, they will start go get to work on the list of issues that residents gave them over the last four months. Over the next four years this council will have plenty of opportunities to create a lasting legacy, but will they?

The legacy of a council is generally reliant on it creating some sort of long-lasting change to the city. It tends to be expensive public infrastructure projects. There’s no doubt former mayor Colin Basran hoped a new Parkinson Recreation Centre and a new Kelowna Community Theatre would be some of his lasting legacies if he was re-elected.

However, interestingly enough, Basran made a number of long-lasting changes to this city without those major infrastructure projects. That makes him unique when it comes to mayors.

Basran ushered in an era of progressive politics to our city, painting rainbow sidewalks, marching in the Pride parade, starting public appearances with land acknowledgements and announcing to the world Kelowna was an open, diverse and welcoming place. That is a lasting legacy that people will remember.

From an urban landscape point of view, Basran and his councils changed the urban makeup of Kelowna forever. They directed growth to towers and densification and away from sprawling development. While there will remain debate for a number of years as to whether the changes were too much or too fast, their legacy will remain.

Many of the towers approved under his leadership haven’t been built yet, but we will see them rise up in our skyline over the next four years.

So where does this new council go from there?

Its first big tests will be whether it continues to approve new towers beyond what the 2040 OCP imagined. Will we continue to see the proliferation of 30- and 40-storey towers, or will we see council dial back the density to the 12- to 15-storey towers current city documents imagine?

Then there’s the major infrastructure projects. New Mayor Tom Dyas has been passionate about the need for a new performing arts centre, but will he be able to bring the rest of council onside?

The cost of the proposed Parkinson Recreation Centre has ballooned to more than $160 million. Will this council be willing to set forth on the most expensive project in the city’s history?

Those decisions could create a legacy, but will come with significant costs. People remember when politicians deliver fancy new public infrastructure and it’s an opportunity to be remembered for doing something concrete. However, with costs skyrocketing and people’s cost of living increasing, will residents be willing to foot the bill in this current economic climate?

Council’s decisions to move forward or pause these projects will be remembered.

Finally, there’s the former Tolko mill site in the city’s North End. This is a 40-acre prime waterfront piece of land that will be redeveloped. Plans will likely be finalized under this council’s term and the possibilities for this land are endless. In fact, Basran named this project as one of the reasons he sought re-election. He felt it was so important, he wanted to stay on to see it through.

Opportunities like the Tolko lands only come up in a city’s history once. The importance of getting it right cannot be understated. The landowners have done a very good job of consulting with the community thus far, opening the space for all to see and promising to preserve much of the site’s history. But the question of how tall, building on it will be, what infrastructure will be included and what lands may be donated to the public remain to be seen.

Residents will have a keen interest in how this plays out, and should it not go the way the public wishes, they will blame this council.

The new council will make hundreds of decisions over the next four years, but whenits term is up, people will only remember a handful of them.

Even though the top issues in the previous election were crime, communication and traffic, those come down to a sense of feeling. They’re hard to measure and likely won’t be remembered in 20 years.

The future of the Parkinson Recreation Centre, the Kelowna Community Theatre, building heights and the Tolko lands are decisions that will last a generation. That’s what will be remembered.