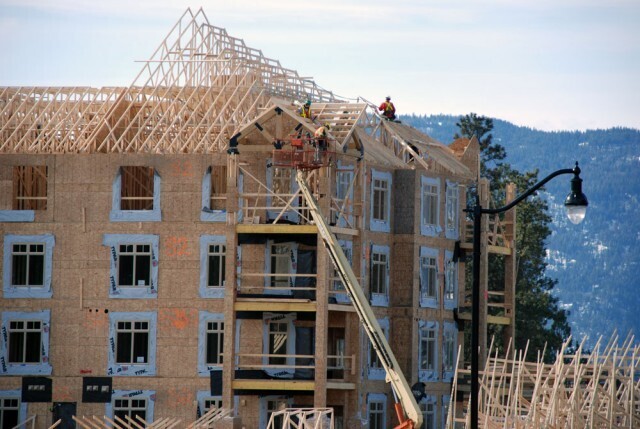 As average home prices across communities in British Columbia continue to reach above $1 million, including in Kelowna, the provincial government remains unwilling to take action to address the issue.

When the NDP came to government in 2017, it was clear, its solution to B.C.’s housing crisis revolved around taxation and cracking down on speculators. That’s why it introduced vacancy taxes, forced speculation taxes on communities that didn’t want them and introduced surtaxes on homes valued more than $3 million.

Despite those actions, housing prices have continued to rise with the NDP’s Attorney General and Minister Responsible for Housing, David Eby, finally admitting earlier this year that “no tax policy is going to put a roof over someone’s head.”

Now that the government has admitted tax policy and foreign speculators aren’t solely responsible for rising real estate prices, what has it done to address the issue? The answer is unfortunately, nothing. Rather, Eby has declared he will introduce legislation after the municipal election in October—because if you can’t afford a roof over your head today, what’s waiting another several months as to not inconvenience our local municipal officials during an election?

It appears as if the government is simply out of ideas for tackling the housing affordability crisis.

I believe part of the lack of innovation we’re seeing from the government can be pointed to the fact that there is no true Minister of Housing. David Eby is the Attorney General first and foremost. After that he’s the Minister Responsible for Housing, not the Minister of Housing, Minister Responsible. There’s an important distinction between the two. This means there’s no full-fledged political office working to tackle the housing crisis, nor is there a full-fledged public service for housing behind the minister.

In fact, there’s not even a deputy minister (the top civil servant for each ministry), rather there is simply an associate deputy minister, who’s responsible for housing, multiculturalism and anti-racism all at the same time.

Without proper staff assigned to actually tackle one of the most important issues facing British Columbians, it’s no wonder we’re seeing little action from the provincial government.

By contrast, when I worked for Ontario’s municipal affairs and housing minister, we introduced nine individual pieces of legislation over four years to make systematic changes to everything from development charges to municipal government efficiency to community housing and tenant’s rights.

In fact, Ontario’s minister has promised to introduce a new piece of housing legislation each and every year in order to address the recommendations made by Ontario’s Housing Affordability Task Force.

It’s unfortunate we don’t see the same level of commitment from our provincial government here in B.C.

British Columbians require bold new leadership to tackle our housing affordability crisis, and unfortunately with the (current) provincial government, we do not have that leadership.