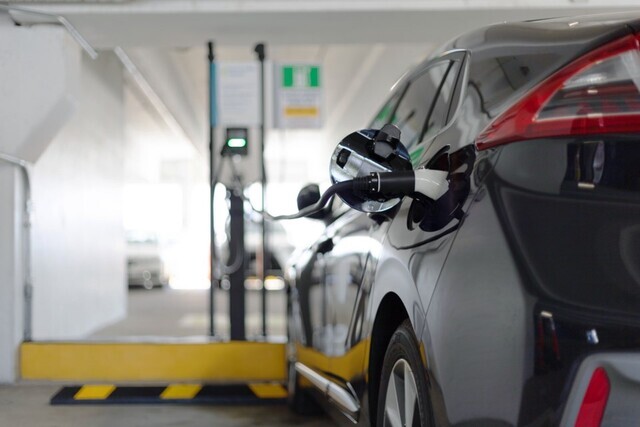 The City of Kelowna is planning to take a heavy-handed approach when it comes to requiring electric vehicle (EV) charging stations and capabilities across the city, which despite purporting to combat climate change will achieve very little.

The city wants to mandate 10% of stalls in commercial and industrial developments, like at grocery stores or gas stations, to have EV charging capabilities, and it wants to require “alternative fuel sources” at new gas stations throughout Kelowna.

These requirements appear to be a way to make it look like the city is doing something “green,”while not actually accomplishing more than increasing costs for people building or opening businesses in Kelowna.

As a plug-in hybrid electric vehicle (PHEV) owner, I can speak with some insights into where EV owners typically charge their vehicles — and the answer is at home.

No matter how often you drive your car, it spends the majority of its life parked in your driveway or in your garage. When it comes to owning an EV, that’s conveniently where you have access to the cheapest power.

So, the obvious answer to the question of where you charge your car will be in the location where it has the cheapest power and it already spends most of its life, at your home.

At home most people use a level two charger, which can take anywhere from a few hours to up to 12 hours to fully charge an EV. Charging times decrease significantly with Tesla super chargers, however, it’s not Tesla’s super chargers that you see installed at various locations around Kelowna or in people’s homes.

Rather, they’re located along major highways and transit routes to allow people to make long trips and not run out of power.

The average EV gets somewhere between 300 and 600 kilometres on a full charge, meaning that the vast majority of people can do all of their daily driving before draining the battery.

When I’m going grocery shopping or to the mall, not only do I not need to charge my vehicle because it was charging at home before I left, but there’s also not much point in adding a few kilometres and paying a premium to charge it at the store.

When I get home, I simply plug it in and let it charge overnight.

The existing network of EV chargers in Kelowna is often empty when you drive by them, save for the Modo car share vehicles, because why would anyone pay a premium to add a few kilometres of range in the middle of the day when they could just wait until they’re home.

The only people who are charging their EVs outside of their home are people driving through town and need to charge to keep going. But they don’t need level two chargers that take several hours to charge, they need super chargers. That’s why Tesla has put in super chargers across major Canadian highways, like in Hope and Merritt.

There’s a need for super chargers in town for people driving through, and that’s something the private market has, and will, take care of with increased demand.

Creating new rules and regulations should not be something municipalities take lightly. They create a system of burdensome red tape and regulatory requirements that add time and costs to projects.

The more costly and time consuming these projects are, the more they will charge to consumers once the projects are completed.

At the end of the day, requiring a certain percentage of parking stalls to be equipped with EV charging is just another layer of red tape, another box to check.

It’s also a way for the City of Kelowna to give the appearance it is fighting climate change while achieving very little.