Painting a picture of housing in Kelowna by the numbers

Housing by the numbers 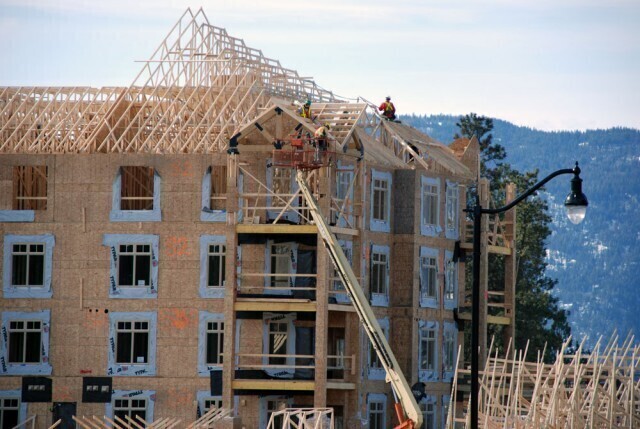 B.C.’s Minister responsible for Housing, David Eby, has made it clear, he will introduce legislation forcing municipalities to act faster and stronger when it comes to building more housing.

Municipalities have disputed their role in the ongoing housing crisis and released a report through the Union of BC Municipalities (UBCM) concluding housing prices are not related to a housing shortage and construction of new homes has kept pace with population growth.

To better understand housing supply and costs in Kelowna, let’s take a dive into housing statistics for the Kelowna Census Metropolitan Area (CMA), which includes Peachland, West Kelowna, Kelowna and Lake Country, using available data from 1996 to 2021 from the Canada Housing and Mortgage Corporation (CMHC).

From 1996 to 2021, the population of the Kelowna CMA increased by 62.7%—that’s nearly 100,000 more people living in the Kelowna-area today than there were in 1996. Over the last four years Kelowna has become the fastest growing metropolitan area in Canada.

So did housing supply keep up?

However, there’s some important caveats to this. These numbers include rental apartments that are used for short-term rentals (such as AirBnB), so we can’t be sure how many of today’s rental apartments are available for 12-month rentals.

Secondly, home ownership is far more out of reach today than it was in 1996, meaning the demand for rentals has substantially increased.

The final metric is the length of construction time, meaning how long does it take to build a home from when the building permit is issued until the moment municipal authorities give the requisite approvals to allow occupancy.

The backdrop to all these numbers is that from 1996 to 2021 the average rent in the Kelowna CMA increased by 124.9%, average home prices soared beyond $1 million and a recent report concluded Canada has the fewest homes per capita amongst G7 nations.

Kelowna-area municipalities have done an excellent job increasing the number of rental apartments, especially since 2016, but we can’t know for sure how many are available for year-round rentals.

When it comes to metrics impacting overall homes, the outlook is not as good.

Over the last 25 years, new home construction times have increased 171%, and we’re building 28% fewer homes each year when adjusted for population than we were 15 years ago. All of that while Kelowna has become the fastest growing metropolitan area in Canada.

When it comes to the overall housing market, we are simply taking longer to build fewer homes than we did decades ago.