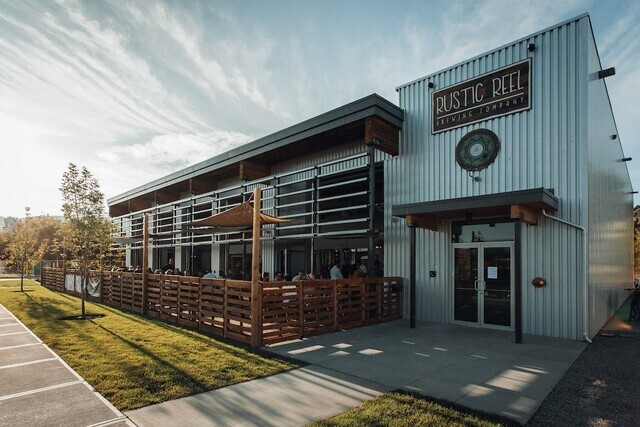 With council providing the recommendation that approval be given for the new Railside Brewing on High Road, adjacent to the Okanagan Rail Trail, it has added another stop to the bustling informal district.

Breweries popping up in former industrial neighbourhoods is not a new phenomenon—they’re all over Canada. Familiar examples include Vancouver’s Mount Pleasant and East Powell districts and the former train station district in Port Moody.

In fact, my favourite brewery, when I lived in Toronto, was Henderson Brewing, located in an old industrial building adjacent to a rail trail and within a quick bike ride of my apartment.

Brewery districts tend to form in old industrial neighbourhoods, where industrial businesses are moving away from, causing an increased supply in these lower rent older buildings.

Kelowna’s North End is a good example of this. As manufacturers and businesses move to newer, larger buildings, closer to the airport and the highway, a gradual revitalization that doesn’t involve changing the fabric of the streetscape can take place, with breweries at the forefront.

Kelowna’s Brewery District has a couple distinct advantages that are leading it to flourish. The first is its proximity to high-density residential housing. That provides the breweries with a steady stream of nearby customers who do not need drive to reach the breweries.

When people don’t need to drive, it’s better for the environment, better for traffic and reduces opportunities for drinking and driving. Add in the bonus of being within walking distance of the new downtown UBCO campus and these breweries have a home run of clientele.

The second advantage the Brewery District has is its proximity to the rail trail. This extends its reach of potential clients beyond simply those near enough to walk, to anyone along the rail trail willing to bike to the breweries. It also provides the added bonus of giving people an ideal place to recharge during their long bicycle rides on the trail.

However, our informal district currently lacks a sense of cohesiveness. If you’re new to the area or visiting, it’s hard to simply stumble onto the area.

Once you’re there, you’re not really sure if you can walk to several breweries, if you need to bike or even where they all are. It’s also just as easy to go through the area completely unaware that there are several breweries hiding in the former industrial buildings.

While recognition of a brewery district is lacking from formal city documents, including the new OCP 2040, the city is currently undertaking its North End plan. Through this study, residents will hopefully see a plan for a formalized district.

I also want to be clear that identifying the area as a brewery district doesn’t limit the land-use to only breweries and the existing industrial uses. Port Moody’s brewery lined Murray Street is also home to a museum, a craft distiller, an ice cream store, a fitness studio and a video production studio.

Kelowna’s downtown is at a crossroads. We have 30-storey apartment towers going up downtown, with industrial lands and the former mill to the north, before reaching a rapidly changing single-family home neighbourhood at the base of Knox Mountain.

Vibrant downtowns don’t work when they’re only made up of glass towers. A municipally-supported brewery district would create a buffer between the towers coming up in the downtown core, and the much lower density neighbourhood at the base of Knox Mountain.

Our Brewery District is already thriving, but imagine how much better it could be with proper branding, mapping, signage and wayfinding, and events to celebrate the small businesses who have set up shop.