Despite council comments, Kelowna can do more for housing

Kelowna can do more 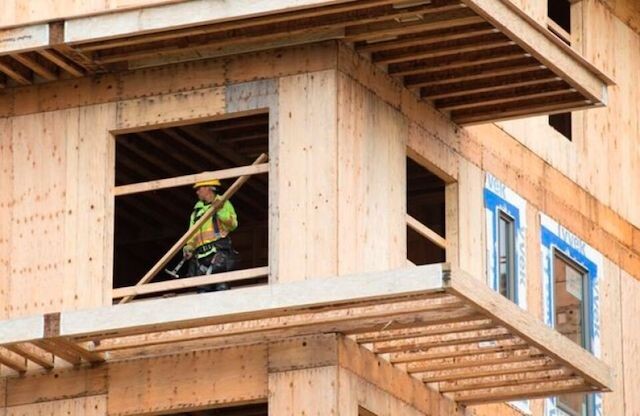 Kelowna city council has thrown its hands up in defeat at the ever-increasing cost of housing in Kelowna.

Two councillors, when presented with a report from city staff earlier this week outlining how housing continues to become increasingly unaffordable stated “I don’t know if we could have done more” and “We pulled every lever to improve affordability.”

Council, to its credit, has made headway in modernizing the way Kelowna is tackling the affordability crisis in recent years by helping to facilitate the construction of a wider variety of housing types and developing its Journey Home program. Without the actions of council, such as helping create more rental properties, we can only imagine how much higher rents would be today.

Council has also tried some methods favoured by urban planners and affordability advocates alike that haven’t worked as well as intended. RU7 lots were created throughout Kelowna to address the issue of the “missing middle” housing, however it can be argued the city inadvertently worsened the affordability of those properties. Properties that were previously home to one small house have been either redeveloped as fourplexes, where each unit sells for more than the previous home under the old zoning, or remain with small homes, which now sell for a much higher price due to the possibility of converting them into fourplexes in the future. The flip-side to this is, of course, that this increased desperately needed supply.

Councillors also aren’t wrong when they say there are many levers out of their control and this is an issue facing municipalities across the country, not just Kelowna.

However, to say they’ve done everything possible is not true.

During the 2021 budget deliberations, the City of Kelowna adopted a priority two item at the urging of one councillor to create a meagre $75,000 per year fund to acquire land for the purpose of creating affordable housing.

Mayor Colin Basran and some of his councillors begrudgingly agreed, with Basran stating he was voting for it so as not to appear as he was voting against affordable housing. While the fund is better late than never, it is too little and very late.

In previous columns, I’ve advocated for the city to leverage its authority to up-zone land to require the provision of affordable housing units, renting out the 34 properties it already owns at a below-market rate, rather than at the market rate it currently uses and invest the profits from the sale of its properties into affordable housing projects.

The City of Kelowna could also explore waiving development charges for non-profit and affordable housing projects. This could even be extended by examining the possibility of deferring development charges for purpose-built rental projects, which are harder to finance since they don’t receive money from perspective residents until the units are occupied, unlike traditional ownership apartments.

These changes may require support from provincial lawmakers but, as is often the case, crises require all hands on deck.

While there are a variety of other means municipalities can use tackle affordability, it is important to keep in mind when one councillor stated: “The reality is that the market forces are just so big that we can’t out-policy the market,” they weren’t entirely wrong.

Municipalities have many levers to tackle affordability, but not all of them. Truly improving affordability will require collaboration between all levels of government.

During the 2022 City of Kelowna budget debates, the mayor repeatedly said affordable housing is not a municipal priority, justifying his position by highlighting housing is technically a provincial responsibility, not municipal.

However, if the province isn’t doing what’s needed, we need to step up and meet the demand for action as a municipality, while still demanding provincial action.

The spiralling increase in home prices and rents is a generational challenge and it needs to be a top priority of all levels of government.

Tackling the affordability crisis requires new ways of thinking, new investments and previously unseen levels of collaboration between all levels of government.

Saying we tried our best is simply not good enough.