Kelowna missed an opportunity to get more affordable housing downtown 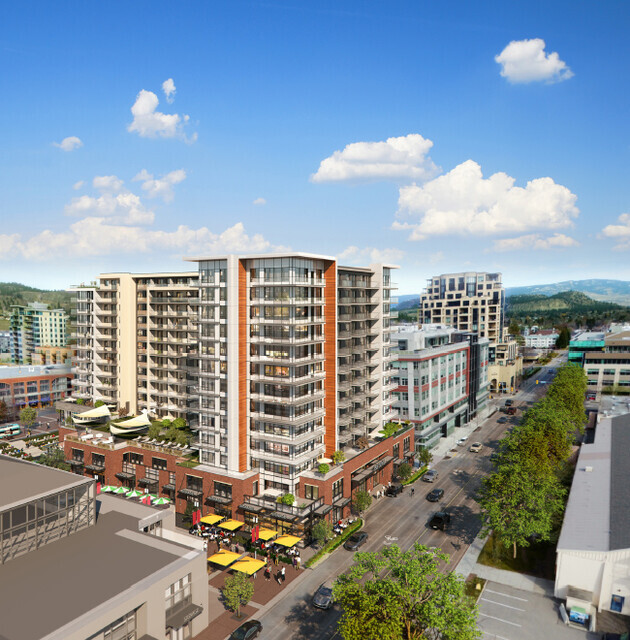 Leveraging surplus municipally-owned properties for the delivery of public goods should be encouraged and applauded, but the City of Kelowna recently missed a massive opportunity.

Surplus properties are lands the government owns and no longer uses for their original intended purpose. The properties are often in sought-after locations and are highly valued.

The municipality (or government entity) could sell them to the highest bidder, develop them into a public good themselves, or even sell (or lease) the land to a high bidder with the requirement of developing a public good.

While working for the government of Ontario, we did a number of these deals. Surplus provincially-owned properties were designated for either new long-term care homes or affordable housing. The properties were sold to developers, who in addition to actually paying for the properties, were required to build a contractually obligated number of long-term care beds or affordable housing units.

One surplus property in Kelowna is the former RCMP site at 350 Doyle Avenue. It fits all our prerequisites—it’s no longer needed for its former purpose, it’s in a highly desirable location and it’s valued at a high price. It’s also not protected under the so-called “Simpson Covenant.”

In January 2020, the City of Kelowna entered into an agreement with RISE Commercial Developments to lease the land for 99 years for $7 million over the first 80 years and then fair market value for the remaining years (when most of us will be long gone).

RISE, after paying $7 million, will build a 13-storey residential tower with 316 rental apartments and office and retail space, all be leased at market value (currently an average of $1,600/month for a one-bedroom). In addition, RISE will build 6,000 square feet of empty space to give to the city.

The city will then spend $4.3 million to extend the existing ArtWalk and turn the empty space into what is being dubbed the “Creative Hub” for creative production and arts programs—after which the city will net a meagre $2.7 million.

It’s important to note that the decision to build apartments rather than condominiums was made by the developer not the city. RISE also owns The Shores, rental development on Lakeshore, which essentially functions as an AirBnB hotel where you can rent nightly rooms using AirBnB or big hotel websites such as booking.com, expedia.ca or hotels.com.

This is a significant variance, more than doubling how large the building whould be under its existing zoning and therefore doubling the rentable area for the developer.

Previously, there was considerable pressure placed on the city by a group called Legacy Kelowna, which asked for a pause to any deal, and instead to use the lot and three other city-owned properties to build a new Kelowna Community Theatre, cultural space and retail outlets through public-private partnerships.

Imagining for a minute that building something legacy-setting was not in the cards, is a 13-storey market rent/AirBnB condo tower, double the size of what’s allowed under the previous zoning with 6,000 square feet of empty space for the city to renovate the best deal for taxpayers?

Even if the city was adamant that the future of this site needed to be another condo tower with arts space, why couldn’t it include affordable housing to help address our most pressing need?

The city says it cares about affordable housing, but in this prime opportunity to mandate affordable units as a condition of the deal, there are none.

From experience, developers can make affordable housing as a condition of purchase work and still maintain profitability. There is no reason that, if this site has to turn into a condo tower, a deal couldn’t have been put together that extended the ArtWalk, facilitated creative space and developed something more for the community, such as construction of new affordable housing. And all that while allowing a developer to build lease space and market-rate apartments to make a sizeable enough profit to proceed.

We can create all the arts space we want but if artists can’t afford to live there, what’s the point.