City is a real estate mogul 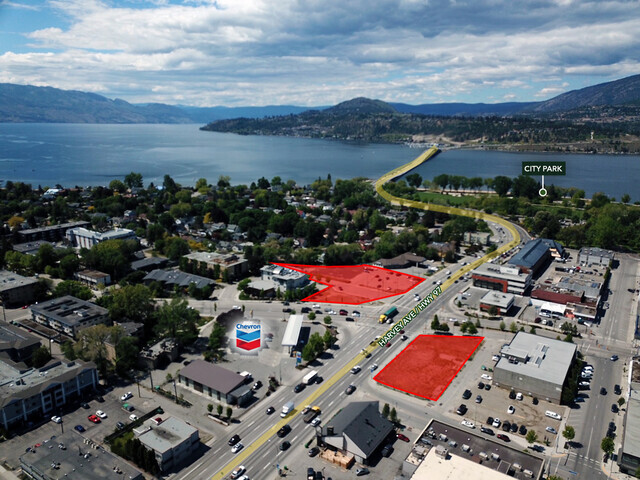 Over the last week we’ve learned that the City of Kelowna is a large residential property holder and real estate investment firm.

I’ll forgive you if you didn’t know this, but the City of Kelowna owns and rents 34 residential properties to the highest bidder. That’s right. The city takes your tax dollars, buys properties, and rents them out to make money, while holding the property in case they want to use it for some civic purpose later.

In the middle of a pandemic, in one of the most unaffordable cities in the country, our city continues to rent out these properties to the highest bidder. Apparently, no one has thought to rent these properties out below-market rates to those in need.

But that’s not all.

Last week the city put up both the former McDonald’s property off Highway 97 and the nearby former Husky Gas station for sale for $11.275 million. The proceeds from the sales will simply go back into the city’s land sale reserve to buy more properties. In terms of what the city is looking for in a purchaser, they want to see architectural significance. Yes, you read that right – architectural significance. Not 30% affordable housing or a new arts space or child care spaces. Just nice architecture and a wad of cash.

Residents pay taxes to the city, taxes which have gone up 22% since Mayor Colin Basran was elected to create public goods for the community. With increased taxes we expect things like four-laning Glenmore Road North, fixing the City Park walkway, redeveloping the Apple Bowl, building sidewalks on Lakeshore, building affordable housing, and more – all things that haven’t happened. Instead, the city is seemingly using our taxpayer dollars to buy and hold real estate, competing with the private market, to make more money without delivering the public goods we desperately need.

Let’s put just those 34 residential properties the city rents out and these two lots the city is selling into context – not dealing with all the other property the city owns.

This week the Kelowna Gospel Mission announced that over the last three months, they typically count 40 people sleeping outside each night.

The city has its 34 residential rental properties – which likely all have more than one bedroom – therefore the city owns enough homes to house our homeless population. Done. Homelessness solved.

Well, of course, not exactly, that would be imperfect and, of course, have a multitude of issues that I won’t get into. But it certainly puts things into context. So what about the two properties for sale?

In Surrey, the province and the city teamed-up to build a 40-unit supportive housing project that opened this year. The project required a $10.3 million grant to build, land to build on, and an annual operating budget from the province of $1.2 million.

We know the city thinks it will get $11.275 million from the two properties and owns several other pieces of land around town. That means if the city wanted to house the 40 people sleeping outdoors each night, they could use the sale money to build 40 supportive housing units on other city-owned land, and work with the province to provide the operating funding. If Surrey can do it, why can’t Kelowna?

At the end of the day the city should not be a real estate investor or market-rate rental housing provider, when our infrastructure needs investment and our housing remains out-of-reach for many.

With the property the city already owns, they could house our homeless, sell some land on the condition of providing affordable housing, or rent out their residential properties at an affordable rate.

Or they could just do all of the above.