Mop up work at Watching 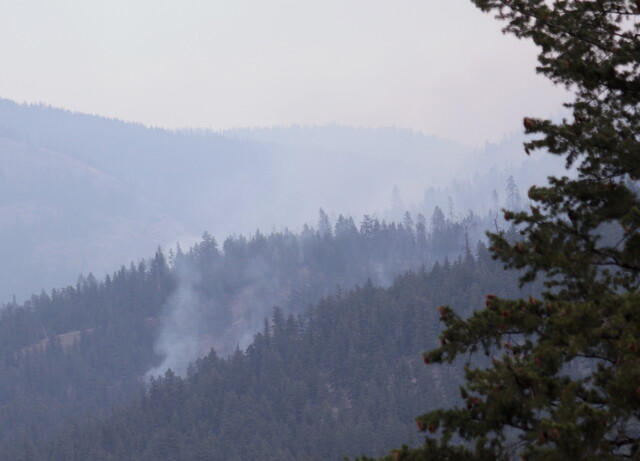 BC Wildfire Service crews battling the Watching Creek wildfire continue to mop up on all sides of the blaze as fire activity remained low over the weekend.

The wildfire is burning northwest of Kamloops, estimated to be 270 hectares in size. The blaze hasn't seen any measurable growth since early last week.

In a Monday morning update, BCWS said ground crews are progressing well on mop up, which involves setting up a water delivery system to the fire perimeter, hosing down areas of heat and using hand tools to break up burning materials.

“This mop up is reinforcing the machine guard that was completed by heavy equipment,” BCWS said.

BCWS said helicopters with buckets have been working throughout the weekend to cool the fire, and will continue that work on Monday.

According to BCWS, wildfire activity remained low on the weekend, but there is potential for increased fire behaviour as temperatures expected to rise in the coming week.

As of Monday morning, there are 78 firefighters, five helicopters and two pieces of heavy equipment working at the Watching Creek wildfire, the perimeter of which is about nine kilometres north of Kamloops city limits at Tranquille.

The fire was first discovered on July 29, and is believed to have been caused by lightning.