No growth in Maria fire 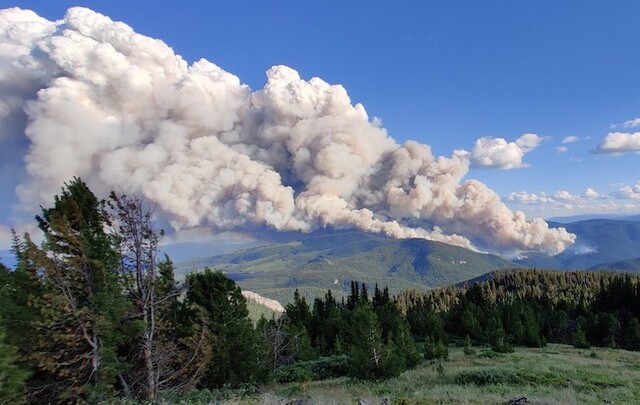 The Maria Creek wildfire west of Cache Creek, near Pavilion, continues to burn in old cut blocks, where fuels are patchy and disorganized.

In a Sunday update, the BC Wildfire Service said there has been no growth in the fire's perimeters since Aug. 3.

The fire has burned an estimated 1,004 hectares.

Heavy equipment has established access to the fire and work is now focused on building containment lines by connecting existing roads and cut blocks.

Ground crews are establishing hose lays around the perimeter, and guard lines have been completed around 75% of the perimeter, the wildfire service says.

A total of 98 firefighters are assigned to the blaze, supported by two helicopters and 18 pieces of heavy equipment.