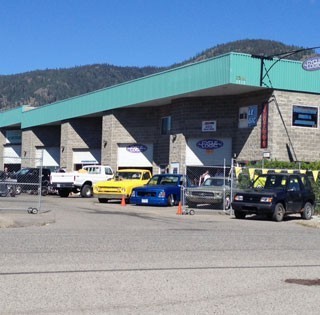 Owner John Edward Newcome was not present to hear the cancelling of his business license for Cycle Logic Ltd. by the district of West Kelowna Council.

Mayor Doug Findlater says, “Based on the information we had about the activity at that location it was something that makes our community better…. this is quite rare for any municipality. It’s not a common occurrence.”

After the business on Julian road was raided on August 2 2012, RCMP seized 86 items of property ranging from motorcycles, boats, trailers to tools, and documents.

RCMP said the business had connections to the Nanaimo and Southland (Calgary) Chapters of the Hells Angels as well as the Throttle Lockers and Kingpin Crew from Kelowna.

Approximately $750,000 in stolen property was recovered from various locations all having ties to Cycle Logic and Newcome.

Sgt. Alex Lynch said to council, “In total 22 charges (were) recommended and approved by crown council.”

The police also raided Newcome's home in Peachland where they say they discovered a marijuana grow-op.

Newcome has yet to face the charges in court.