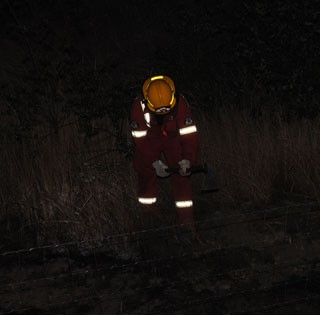 "We just put one line and extinguished it when we arrived and now we're just digging a guard around it and doing a little mop up."

It's far too early to determine how the fire started, however, Young speculated it could have been a discarded cigarette butt fanned by moderate winds.

Young says witnesses in the area saw a couple of kids in the field but believes they were trying to extinguish the fire.