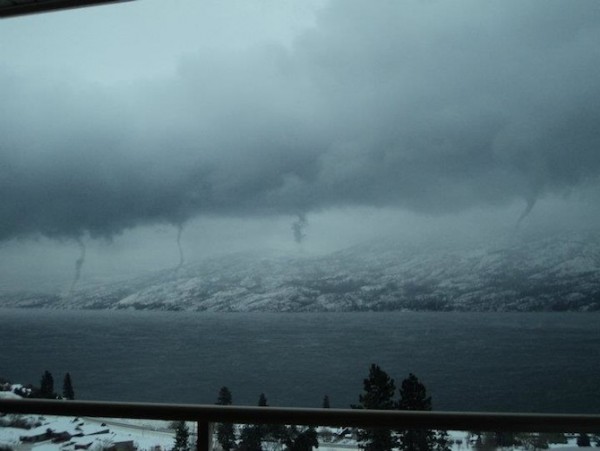 The recent spell of wild weather the Okanagan has been experiencing this week has included all types of meteorological phenomena.

A spell of cold temperatures, strong winds and heavy snowfall settled over the valley, conditions which led to the creation of a number of waterspouts on Okanagan Lake that were visible for miles.

Although an impressive sight for those who witnessed it, they are actually quite small for a waterspouts.

The phenomenon witnessed was created by the same conditions which create "dust devils," seen over land in the spring and early summer.

"What happens is when the surface is way warmer than the air above it, it's just so unstable that it kind of bubbles up like a pot, and sometimes it starts to spin, picking up dust," says Environment Canada Meteorologist Doug Lundquist.

"It usually happens in the spring, when the ground is so hot yet the air is still really cold."

When the same thing happens over smaller bodies of water, you get "steam devils" instead.

Lake Okanagan's temperature is above zero, while the air temperature has dropped as low as minus 20 during this cold snap.

"The moisture and the heat from the lake spins up and makes steam," says Lundquist.

True waterspouts usually happen over large bodies of water, and can be strong enough to lift a boat out of the water.

"This could probably pick up a garbage can, but it doesn't usually put people at risk."

In the end however, after analyzing the photos seen on Castanet, Lundquist and his colleagues at Environment Canada agreed that they were small waterspouts.

The diameter of a waterspout can become as wide as 20 metres, with wind speeds ranging from 40 to 80 km/h.

Waterspouts usually last for 10 minutes or less, and occur most frequently from mid-summer to mid-fall. 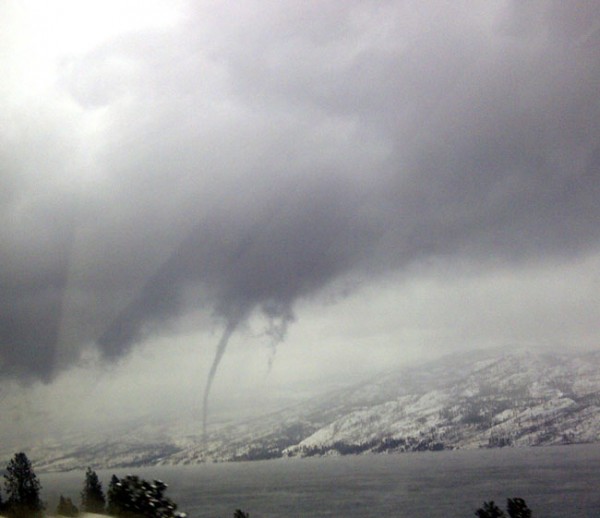 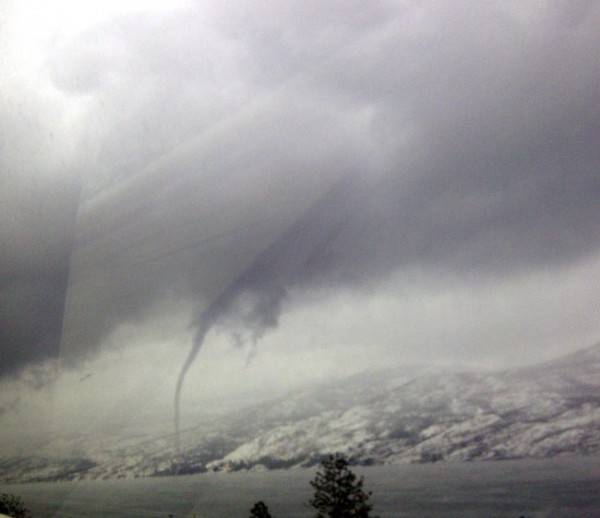 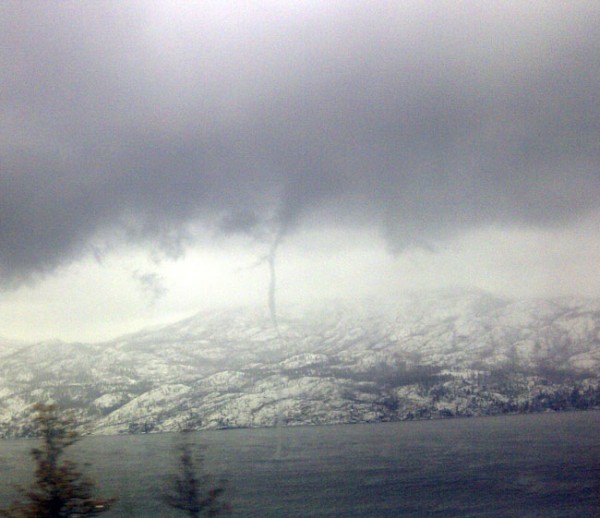 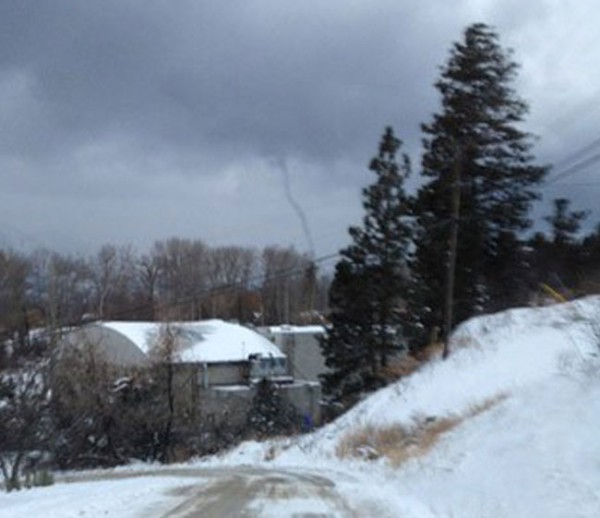 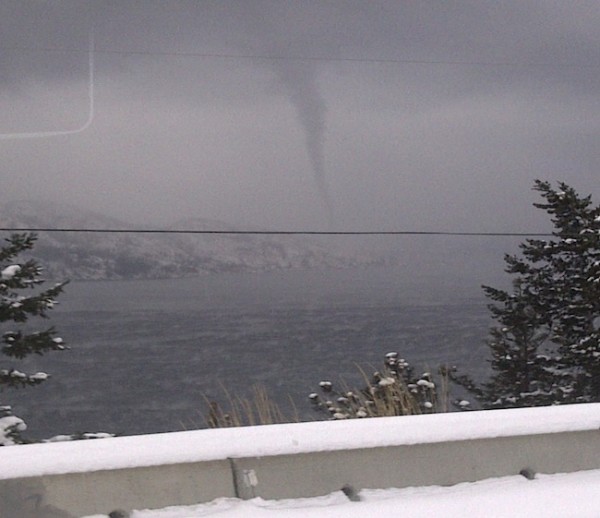